Committeeman Langert: There Should Be No Tolerance For Convicted Illegal Immigrants 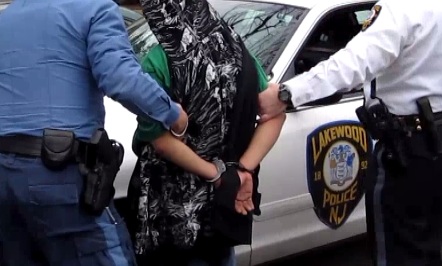 By Ephraim Israel: The headlines of “suspects fled on foot”, which turn out to be an illegal running from police following a violent crime or accident is unfortunately not an uncommon one here in Lakewood, and beyond. But can anything be done about the cat and mouse-like situation?

Like every other town or city in the United States, Lakewood is subject to federal and state laws in regard to individual rights, and must comply with the laxity surrounding the national approach to illegal aliens. 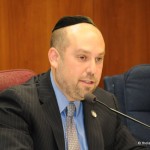 In other words, under current laws, not much can be done by authorities here in Lakewood or in any other town for that matter.

“We can only work with the guidelines we are given”, Committeeman Steven Langert said when asked if there are tougher penalties Lakewood could impose on the illegal immigrants who run from the law in fear of being apprehended and shipped out.

All aliens over the age of 14 who remain in the United States for longer than 30 days are required under federal Law to register with the U.S. government, and to have registration documents in their possession at all times. However, there is obviously difficulty enforcing this law.

ICE, the Federal law enforcement agency under the United States Department of Homeland Security, is responsible for identifying, investigating, and dismantling vulnerabilities regarding the nation’s border, economic, transportation, and infrastructure security.

While ICE is responsible for removing all illegal aliens from U.S. territories, at this point in time the agency simply enforces the law against criminals found to have been arrested in the United States on some crime, and that are already being held in a prison or jail. At that point in time, ICE gets involved, and can deport the illegal alien. But by that point, it may be too late.

“Other than reporting them to ICE, it’s not under our jurisdiction”, Langert said.

In response to the subject currently held without bail in connection with the death of the 12 year old boy Langert says, “If it were up to me, if he is convicted, the day he is eligible to be released, I’d have him sent back. There should be no tolerance for criminals”.

Unfortunatly, although Langert’s statments are in line with those of ICE, it is up to the federal government to enforce the laws properly and not that of the local government.

“A lot of municipalities have the same frustrations we do”, Langert says. But “until something is done by those that have the ability to do something about it, nothing will happen”. TLS.