Committeeman Akerman Expected To Serve As Deputy Mayor For 2012 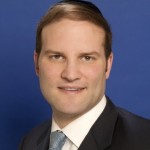 Despite rumors and the Deputy Mayor’s comments about Mayor Menashe Miller continuing as Mayor for 2012, Mayor Miller still has not confirmed that he will be accepting the position.

Being the Majority on the Committee, both positions are expected to be appointed to the Republican Committeemen. TLS.