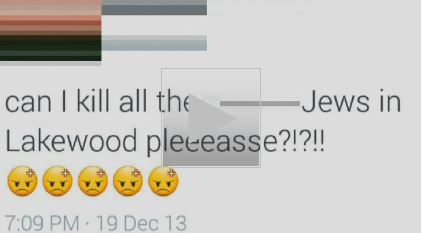 A local college is investigating accusations that a student-athlete posted a message on twitter saying she wanted to kill Jewish people in Lakewood, NBC reports.

“The tweet was posted back on December 19 in 2013 but only recently reappeared on social media,” according to the report. “Officials believe the tweet was made by a student and track team member at Delaware Valley College in Doylestown. The school was founded by a Jewish rabbi back in the 1890s.” Read more on NBC.