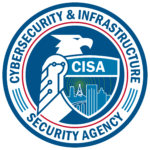 The Cybersecurity & Infrastructure Security Agency (CISA) has released a free tool into the public domain on March 18 which addresses the “Sparrow” malware which was discovered as it compromised the “Smartmatic” software used in the elections.

The latest indications are that the malware was utilized by North Korea and Iran in the elections but is widely used to compromise and alter information on servers and workstation PCs in the private, public and government sectors. Sparrow and Smartmatic are considered a threat to National Security when used on any system regardless of type of entity.

The use of Sparrow was only discovered during forensics performed by former agent Bill Binney, on machines used in the election but it has been in use since at least 2016.

It has been discovered, as mentioned above, having infected several thousands of machines and likely in the millions which are yet undetected. It has been literally impossible to know if you have been compromised, therefore CISA has released this tool as part of the free CHIRP program.

The following is meant for network administrators, third-party IT providers in any and every sector.

Similar to the CISA-developed Sparrow tool

In this release, CHIRP, by default, searches for IOCs associated with malicious activity detailed in AA20-352A and AA21-008A that has spilled into an on-premises enterprise environment.

CHIRP is freely available on the CISA GitHub Repository

. Note: CISA will continue to release plugins and IOC packages for new threats via the CISA GitHub Repository.

CISA advises organizations to use CHIRP to:

Network defenders should review and confirm any post-compromise threat activity detected by the tool. CISA has provided confidence scores for each IOC and YARA rule included with CHIRP’s release. For confirmed positive hits, CISA recommends collecting a forensic image of the relevant system(s) and conducting a forensic analysis on the system(s).

If an organization does not have the capability to follow the guidance in this Alert, consider soliciting third-party IT security support. Note: Responding to confirmed positive hits is essential to evict an adversary from a compromised network.

Click here for a PDF version of this report.

CHIRP is a command-line executable with a dynamic plugin and indicator system to search for signs of compromise. CHIRP has plugins to search through event logs and registry keys and run YARA rules to scan for signs of APT tactics, techniques, and procedures. CHIRP also has a YAML file that contains a list of IOCs that CISA associates with the malware and APT activity detailed in CISA Alerts AA20-352A and AA21-008A.

Currently, the tool looks for:

CHIRP is available on CISA’s GitHub repository in two forms:

CISA recommends using the compiled version to easily scan a system for APT activity. For instructions to run, read the README.md in the CHIRP GitHub repository.

If you choose to use the native Python version, see the detailed instructions on the CHIRP GitHub repository.

CHIRP provides results of its scan in JSON format. CISA encourages uploading the results into a security information and event management (SIEM) system, if available. If no SIEM system is available, results can be viewed in a compatible web browser or text editor. If CHIRP detects any post-compromise threat activity, those detections should be reviewed and confirmed. CISA has provided confidence scores for each IOC and YARA rule included with CHIRP’s release. For confirmed positive hits, CISA recommends collecting a forensic image of the relevant system(s) and conducting a forensic analysis on the system(s).

If you do not have the capability to follow the guidance in this Alert, consider soliciting third-party IT security support. Note: Responding to confirmed positive hits is essential to evict an adversary from a compromised network.

Systems running SolarWinds Orion or believed to be involved in any resulting lateral movement.

Ingest the JSON results into a SIEM system, web browser, or text editor.

CHIRP can be run once or routinely. Currently, CHIRP does not provide a mechanism to run repeatedly in its native format.

No, CHIRP only scans the system(s) it runs on and makes no active changes.

CHIRP will complete its scan in approximately 1 to 2 hours. Duration will be dependent on the level of activity, the system, and the size of the resident data sets. CHIRP will provide periodic progress updates as it runs.

For general questions regarding CHIRP, please contact CISA via email at [email protected]

or by phone at 1-888-282-0870. For reporting indicators of potential compromise, contact us by submitting a report through our website at https://us-cert.cisa.gov/report. For all technical issues or support for CHIRP, please submit issues at the CISA CHIRP GitHub Repository