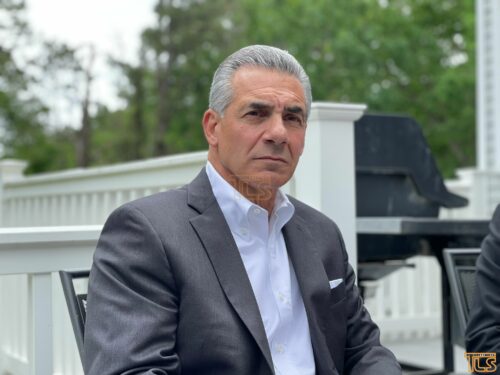 “We need to declare economic war on our neighbors,” Ciattarelli said in an interview. “Right now, they’re eating our lunch.”

Part of that economic war would be to “aggressively pursue” a tax agreement with New York so that residents who work in Manhattan pay income tax in New Jersey rather than the Empire State. He also proposed cutting New Jersey’s corporate tax rate by 1% a year for six years, and providing income-tax credits or relocation bonuses for residents who transfer their employment from New York to New Jersey.

“What I hope to do is create a thriving economy here in New Jersey, where people can find a good-paying job closer to home,” Ciattarelli said.

The Republican candidate added that he is stiffly opposed to New York’s plan to charge commuters a fee to drive into congested areas of Manhattan, calling it “a real finger in the eye to New Jerseyans.”

Several New Jersey lawmakers have been demanding that New York not implement their congestion pricing plan, which would disproportionately affect New Jersey residents.

Ciattarelli also said that his first state budget would be “downsized” and include a new school funding formula that apportioned money more evenly among suburbs and cities, a move that would overhaul the state’s funding formula which has led to New Jersey having some of the highest property taxes in the nation.

The latest poll on the race between Governor Phil Murphy and Ciattarelli, released in late September, found the incumbent governor with a 9-point lead over his Republican challenger – down from a 13-point lead in a separate poll from earlier that month.