Christie To Ask N.J. Legislature For Expansion Of Veto Powers 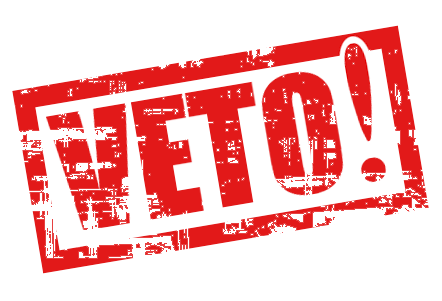 Gov. Chris Christie said today he plans to ask the Legislature for expanded veto powers over additional New Jersey authorities, one day after rejecting the 2010 budget of the Delaware River and Bay Authority. Christie vetoed the DRBA’s 2010 budget, citing its 3 percent increase in spending over 2009. The authority’s budget for ’09 was $76.2 million, a 1.8 percent increase over 2008. Christie also rejected payments to 98 vendors in unspecified amounts of $25,000 and up to be used throughout the year. Christie said today he was most troubled by the lack of explanation for the DRBA’s blanket spending.

“In a time when we have these kind of budgetary challenges, I am not going to sit by and approve budget increases that are above the rate of inflation,” Christie said.

If the DRBA comes up with a rational explanation for the spending, Christie said he would consider the veto.

“We look forward to working with the governor’s office to review the matters in question in greater detail,” DRPA spokesman Jim Salmon said. In the meantime, the agency will continue operating under the 2009 budget.

Last week, the Republican governor used his veto power to stop the School Development Authority from spending an additional $1.2 million on the construction of Burlington City High School, saying he was disgusted that the project was more than $18 million over budget.

Today, he again criticized the Passaic Valley Sewerage Commission — which he has no control over — for the salary of its executive director, whom Christie said makes $313,000 a year, and a total of 96 people at the commission who make more than $100,000 a year.

“The fact that we don’t have control over the PVSC, you see what happens. This is outrageous,” Christie said, adding that he heard the PVSC had hired lobbyists to talk to administration officials about toning down criticism of the commission — a move that only served to infuriate new governor.

“The idea that they would even consider hiring lobbyists to get us to try to do that with fee-payer money shows you just how infected that particular commission is,” Christie said.

The PVSC issued a statement, but declined to answer direct questions.

In his statement, PVSC executive Director Bryan said the agency is “anxious and ready” to give the Governor’s Office information to “properly evaluate PVSC’s operations and performance.”

He noted that there was a hiring freeze in place since 2005 and that the agency offers the lowest average residential sewer rates in the state.