CHOP Is Overflowing with Patients, But They’re Not Infected with Covid-19 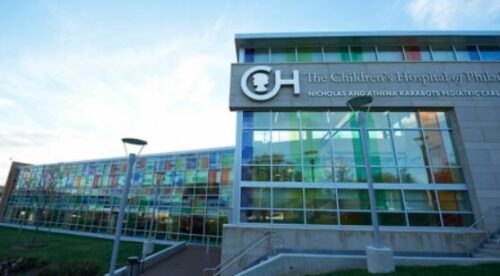 Children’s Hospital of Philadelphia (CHOP), a hospital commonly used by many Lakewood families, is nearly overflowing with patients, and while the vast majority are not infected with Covid-19, many of the hospitalizations are directly related to the pandemic and its lockdowns.

The 585-bed CHOP facility has seen its occupancy rates soar to near-record highs primarily due to non-Covid respiratory illnesses and mental health crises. Numerous experts have connected the dots between the pandemic and those issues.

As far as respiratory issues are concerned, doctors say that, because children were mostly locked down for the better part of two years, they have now what is referred to as “immunity debt,” in which children were not exposed to common illnesses like colds and other seasonal sicknesses, making them more vulnerable now to them, because their bodies didn’t get a chance to learn how to fight them.

The American Academy of Pediatrics recently recommended giving high-risk infants a monoclonal antibody to treat RSV infections. Most children get RSV before the age of 2 and are fine, but it can be very dangerous for certain infants, including premature babies, those under six months of age, and those with certain defects or diseases. The monoclonal antibody is usually not recommended this early, but the AAP pulled the trigger on it because of how many children have now become sick with the virus.

And regarding the mental health crisis, experts have long said that prolonged lockdowns and restrictions keeping children away from their friends and other social opportunities can cause severe mental health issues. And youngsters dealing with anxiety, depression, and other mental health issues have few places to turn to, exacerbating the problem yet further. Similarly, children with certain disorders, such as autism, can struggle mightily when their schedules are out of whack.

While public health officials say that the lockdowns and other Covid-related mandates helped save lives, it has come with a severe cost: the health of many of our children.