“Choose Safe” When Behind the Wheel in Lakewood 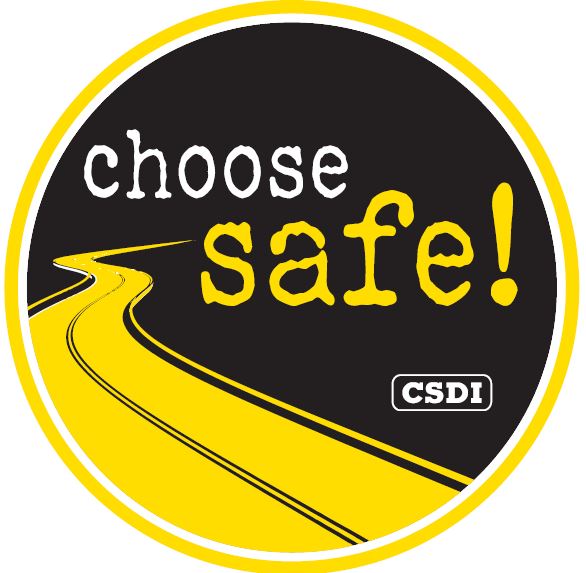 Preserving Both Middos and Lives in New Driving Initiative. By: Fern Sidman. Ask just about anyone who has ever driven in Lakewood; either on a regular or intermittent basis what their thoughts were of the man-made conditions on the road and you might just be in store for a harrowing narrative. As a premiere community of yirei shamayim that has grown exponentially over the last few decades, Lakewood can certainly take pride in the fact that is has gained a stellar reputation as a majestic bastion of Torah learning; producing individuals and families whose lives represent a true Kiddush Hashem.

As it pertains to safe, courteous and considerate driving habits, however, the constant buzz in the community inevitably leads to shocking critiques of those behind the wheel. The very same people who possess exemplary middos in all aspects of their lives can surprisingly be found behaving quite differently once they start their vehicular ignitions. We all know that driving can be stressful – there are text messages and phone calls to be made and to respond to; appointments to be made, children who need assistance, etc. Speeding, cutting off other drivers, creating snarling traffic conditions, backing up into other’s driveways, stopping short at traffic lights are just a few of the infractions of the road that lead to reckless driving and unsafe conditions for both other motorists and pedestrians.

Until recently, it appeared that no individual or organization had taken up the proverbial gauntlet in addressing this crucial issue and as a result more accidents and dangerous incidents have been reported. Happily, things are changing on the Lakewood scene. Enter a deeply caring and dynamic brother and sister team from Lakewood (who choose to remain anonymous). Rather than grumbling about the driving matzav in Lakewood, they decided to effectuate a more pragmatic plan towards achieving safety and thoughtfulness on the road. Using their marketing experience and people skills, both Yitz and Chaya have created the Community Safe Driving Initiative Aware Program.

“As a family, we’ve always been talking about how dangerous it is to drive in Lakewood,” says Chaya. “When my father comes here from out-of-town, he has to grab the steering wheel of his car with both hands and draws an incredible sigh of relief when he reaches his destination,” she ruefully observes.

“Lakewood has enjoyed an unparalleled growth ka’h over the past 10 years or so,” says Yitz. “So many people utilizing the streets will naturally necessitate extra care in safe driving habits. As frum Jews our schedules are very hectic. Without thinking about it, some of us become selfish on the road…,” he exclaims. “Recent tragedies and near tragedies have been the catalysts for us to finally get something stated. Many people have told us that they wished to start a similar campaign but never got around to it. We took the initiative,” says Yitz with great determination reverberating in his voice.

When asked what suggestions he would make to Lakewood drivers to help relieve the pressure they are under, thus making it easier for them to be considerate of others, Yitz told the Yated that, “Awareness is key. We will never be able to change everybody all the time. If you are aware that it’s up to you to choose how you want to drive – Selfish or Safe – you are more likely to make the better choice (Safe!).” Relating reactions to this new initiative from drivers around town, Yitz said that, “One person told me that after seeing some of the many signs around town, she did not talk on her phone in her car that day. Another young driver told me he was about to cut off a slower-moving vehicle when he remembered he has the “I Chose Safe” magnet on the back of his car. He slowed down and let his better judgement take control.”

Pointing to the worrisome statistics they’ve gathered, Yitz and Chaya say that 44% of drivers use handheld devices in a dangerous manner, 74% of adults have admitted that they are mentally distracted when driving, up to 35 motor vehicle accidents occur in Lakewood in one day and there is an average of 89 weekly fender benders in Lakewood.

In terms of starting an educational program geared towards teenagers who have just received their driver’s licenses, Yitz says that it is “certainly an idea on the table, as well as several other key projects that we are considering. Much of that will depend on the financial support we are able to secure. Meanwhile we want to get the word out and spread the message. Iy’h we will roll out some substantial projects/programs in the near future.”

For the time being, Yitz says that the most important thing is get as many local individuals, businesses, schools and shuls who share the vision of revamping the driving situation in Lakewood onboard with this “Choose Safe” project.

“Sponsorships are the key to the program’s continuity and eventual success,” says Yitz. He added that several local businesses have already joined the project most enthusiastically and many others are considering. “We are encouraging all businesses to incorporate our “Choose Safe!” decal in their ads, which will not cost them anything, but will still strongly promote our message.”

Individuals who are not at the level of sponsoring a project can get involved by discussing this message with their families and neighbors, he says. “In truth this is the achrayus/responsibilty of every person to drive safely, and not selfishly. We have taken to spread this message, completely l’sheim shomayim, at a high cost”.

“It is our most sincere tefilllah that this initiative will be’h prevent future similar tragedies in our town. We hope this will serve as a role-model program to other communities through the world. We are not selfish people; We chose safe!”

Interested parties can contribute ideas, suggestions, feedback or assistance to the project by sending an e-mail to: [email protected]