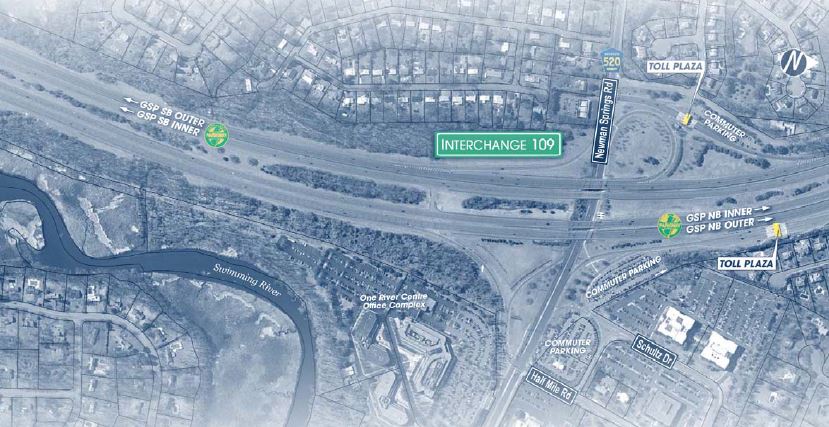 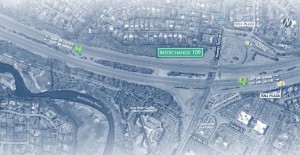 Proposed changes at exit 109 on the Garden State Parkway is expected to alleviate traffic along the Parkway, the Parkway Authority announced today.

Garden State Parkway (GSP) Interchange 109 is located along the GSP between MP 109.5 to MP 110.5 in Middletown
Township, Monmouth County and is a full interchange with the GSP Northbound and Southbound local roadways (outer roadways) and Newman Springs Road (County Route 520).

The primary issues which need to be addressed are eliminating vehicular queues that currently extend onto the GSP Northbound local roadway from the GSP Northbound exit ramp and improving traffic flow of traffic destined to/from the GSP by mitigating peak period traffic congestion along Newman Springs Road within the vicinity of the interchange. These issues result in operational and safety concerns on the GSP and local roadways servicing the interchange.

Improvements proposed to address the existing operational and safety concerns at Interchange 109 include the following:

Written Comments are Welcome and may be Mailed to: