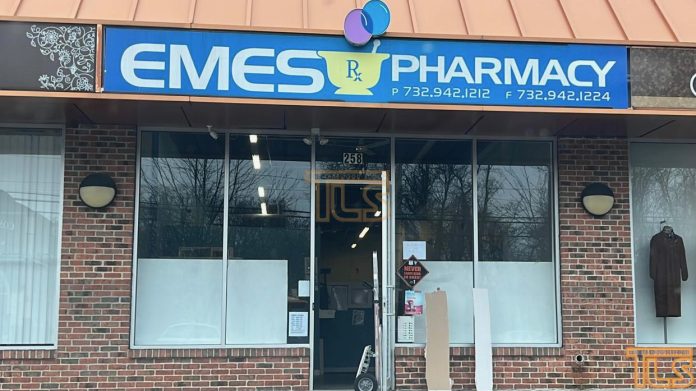 As first reported by TLS on Monday, thieves smashed the door to two pharmacies in Lakewood early monring, and ran off with bags of drugs.

TLS has exclusively obtained surveillance footage that shows two men smashing the door of Emes Pharmacy, located on Cedarbridge Avenue, at approximately 1:20 AM.

The men then run in and stuff their bags with drugs worth approximately $10,000 before running off.

A short time later, at approximately 1:37 AM, another pharmacy on the north end of Lakewood was burglarized, though it’s unknown if that incident was committed by the same perpetrators.

“Emes Pharmacy is thankful for the support from the community and the authorities who have been very helpful,” the pharmacy owner told TLS.

Lakewood’s Detective Bureau, CSI and the DEA are investigating.

“At this time we are working with all of our pharmacists to ensure the safeguarding of medication as well as increasing both our marked and unmarked patrol units,” police said.