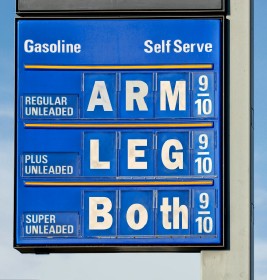 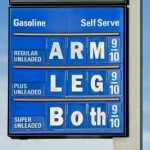 Of the dozens of components which make up the state’s unprecedented budget and revenue dilemma, perhaps the most crucial in its impact upon growth, economic development and job creation is the potential halt to the operation of the Transportation Trust Fund. Created in 1984 as one of the signature accomplishments of the Kean Administration, the Trust was designed to instill stability and long range reliability to meet the state’s transportation needs. It was a recognition that a safe, modern and coordinated transportation network is crucial to economic vitality and that carrying out construction, repair and rehabilitation of roads and bridges piecemeal is disruptive and expensive.

For more than a quarter century, the Trust has performed as advertised, benefiting commuters and providing a dependable system for revenue-producing commercial activity.

It is in jeopardy, however. Without replenishment, its resources will be exhausted at the close of the 2011 fiscal year.

Confronting the worst economic climate in modern history, Gov. Chris Christie has already announced some $2 billion in cuts to close the shortfall in the current budget, but still faces a projected gap estimated at $10 billion for the 2011 fiscal year.

And, while it is anticipated he will order even deeper spending reductions, he must accomplish it without crippling essential services or placing even greater pressures on local governing bodies to raise property taxes.

The Trust Fund relies on statutorily and Constitutionally dedicated revenues from the state’s motor fuels tax to retire its bonded debt — the obligations it assumed to finance its capital programs.

Its debt service has reached the point at which bond redemption consumes its entire allocation.

While the Governor has repeated his opposition to any increase in the state’s gasoline tax, raising it may be the only feasible way to maintain the Trust.

The 14.5 cents per gallon tax this year will produce $554 million, just under $40 million per penny. A ten-cent per gallon increase would generate some $400 million, all of which would be dedicated to the Trust.

For the average motorist who drives 1,000 miles per month and — at 20 miles per gallon — burns 50 gallons of fuel, a 10-cent increase would cost $5, or $60 per year. Obviously, individual costs will vary depending on driving habits, make and model of vehicle, and mileage rating.

Christie was right to dismiss an alternative suggestion that interstate highways be converted to toll roads or that rates be increased on existing pay-to-travel highways.

While a tax increase proposal will sharply divide legislators and the public at large, there is a compelling economic argument to be made to support it.

If failure to maintain roads and bridges leads to closures, the cost in both time and money would be considerable. Commuters will experience greater congestion, resulting in lost productivity, while businesses that depend on the timely and smooth shipment of goods to the marketplace will suffer losses and in all likelihood turn to an alternative delivery method.

Economic growth and the job creation associated with it will be adversely impacted. The decision makers for companies considering locating in New Jersey place an efficient transportation network high on their priority list.

The continued ability of the Trust to support a capital construction program several years in advance also helps fulfill the Governor’s pledge to create jobs and reverse the punishing decline in economic activity which has caused unprecedented across the board devastation.

The Trust has been responsible for bringing thousands of jobs in the construction and building trades to the state.

While the Governor’s anti-tax position is understandable in a state whose citizens already carry the highest overall tax burden in the nation, his options with respect to the Trust Fund are not particularly appealing.

Allow it to expire and try to incorporate a comprehensive and long range capital plan into the uncertainty of year-to-year budgeting.

Adopt a pay-as-you-go program, a choice made virtually impossible given the dismal revenue situation.

Eliminate, scale back or delay planned projects, steps which nearly always result in escalating costs in the future.

As crucial as the economic growth argument is in favor of a tax increase, there is a need to convince a skeptical and cynical public that the money they’re being asked to pay will be used exclusively for the services they’re promised. Taxpayers are weary and suspicious of repeated promises from government and it will not be easy to overcome those feelings.

The Trust Fund, though, has demonstrated its value and its contribution to the overall economic health of the state is undeniable. While the Governor should be commended for resisting adding to the tax burden of New Jerseyans, there is a strong case to be made that the return on the investment of a modest gas tax increase is

well worth it. NJN.

Carl Golden served as press secretary to Govs. Kean and Whitman and is a senior contributing analyst with the William J. Hughes Center for Public Policy at Stockton College.