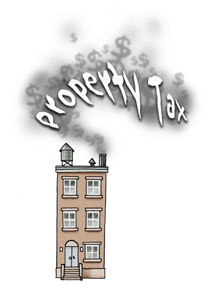 Nearly three-quarters of New Jerseyans said Gov. Chris Christie will be judged by his ability to do something about property taxes, but they are skeptical whether he can succeed. A Monmouth University/Gannett New Jersey Poll out today found most voters said they’ll be very upset if Christie fails to rein in the state’s runaway property taxes. However, only four in 10 said the tax changes needed to get it done are likely during Christie’s first term. “The public has spoken, Governor Christie. You are hereby expected to defy expectations,” said Patrick Murray, director of the Monmouth University Polling Institute.

The Republican rode a wave of voter discontent to unseat Gov. Jon Corzine, the Democratic incumbent. Corzine slowed the rate of property tax increases, but failed to lower taxes.

A measure of Christie’s approval rating found 52 percent of voters said it was too early to judge. Of those with an opinion, 33 percent approved and 15 percent disapproved.

The telephone poll of 803 registered voters was taken Jan. 27-31 and has a sampling error margin of plus or minus 3.5 percentage points. AP