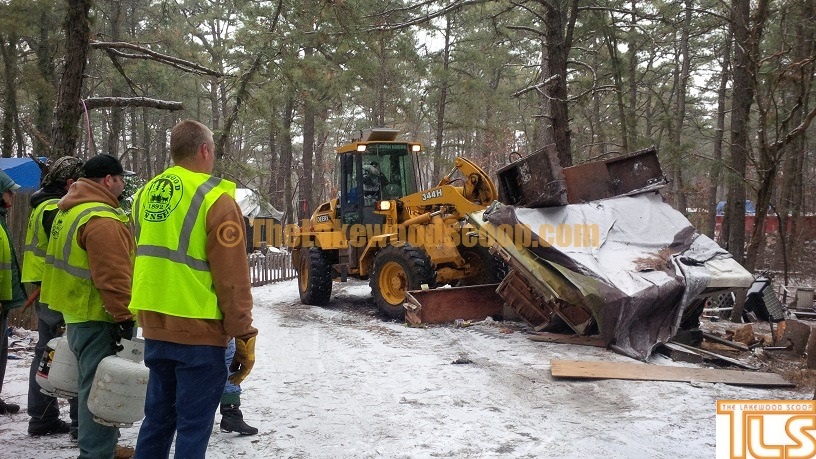 [VIDEO & PHOTOS] The massive efforts of former Mayor and current Deputy Mayor Albert Akerman to close down Tent City are paying off in a large way.

Dozens of tents at the homeless encampment are being torn down as the Township continues to work on placing the homeless in permanent housing.

The tents, says Deputy Mayor Albert Akerman, belonged to residents who had a weeks notice to remove their belongings before the Township removes the tent.

“We will continue these efforts until the entire Tent City is cleaned out,” Deputy Mayor Akerman told TLS in an exclusive video while they were tearing down the tents this morning.

To date, about half the residents were placed and only about 50 residents remain in the camp, Akerman says. [TLS]


Tent City Tents being Torn Down as Homeless Encampment Nears its End from The Lakewood Scoop on Vimeo.