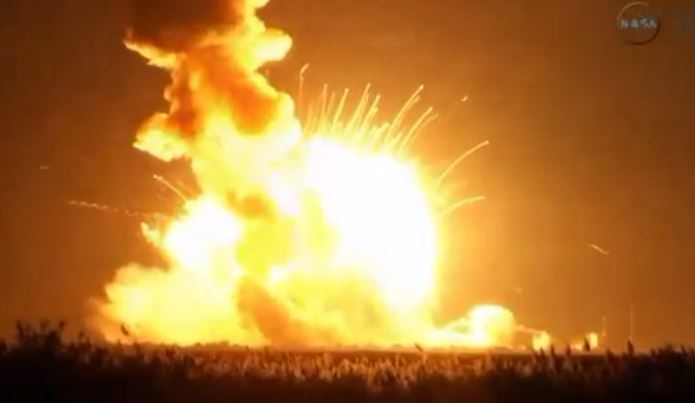 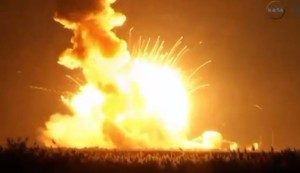 VIDEO OF EXPLOSION: The NASA rocket which took off at 6:22 PM has exploded seconds after liftoff. The Antares rocket was supposed to be visible from New Jersey.