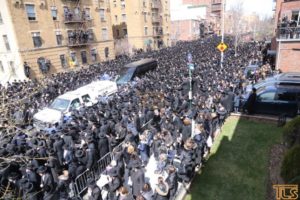 A Mesivta in Lakewood has suspended dozens of Bachurim for going to the Levaya of the Skulener Rebbe without permission from the school administration, sources told TLS.

The Mesivta, according to sources, told Bachurim they should stay in Yeshivah as a unit and Learn instead of traveling to New York for the Levaya.

However, approximately 50 Bachurim decided to band together and go anyways.

Today, they were told not to come back to Yeshivah. Some will possibly not be allowed to return to the Yeshivah.