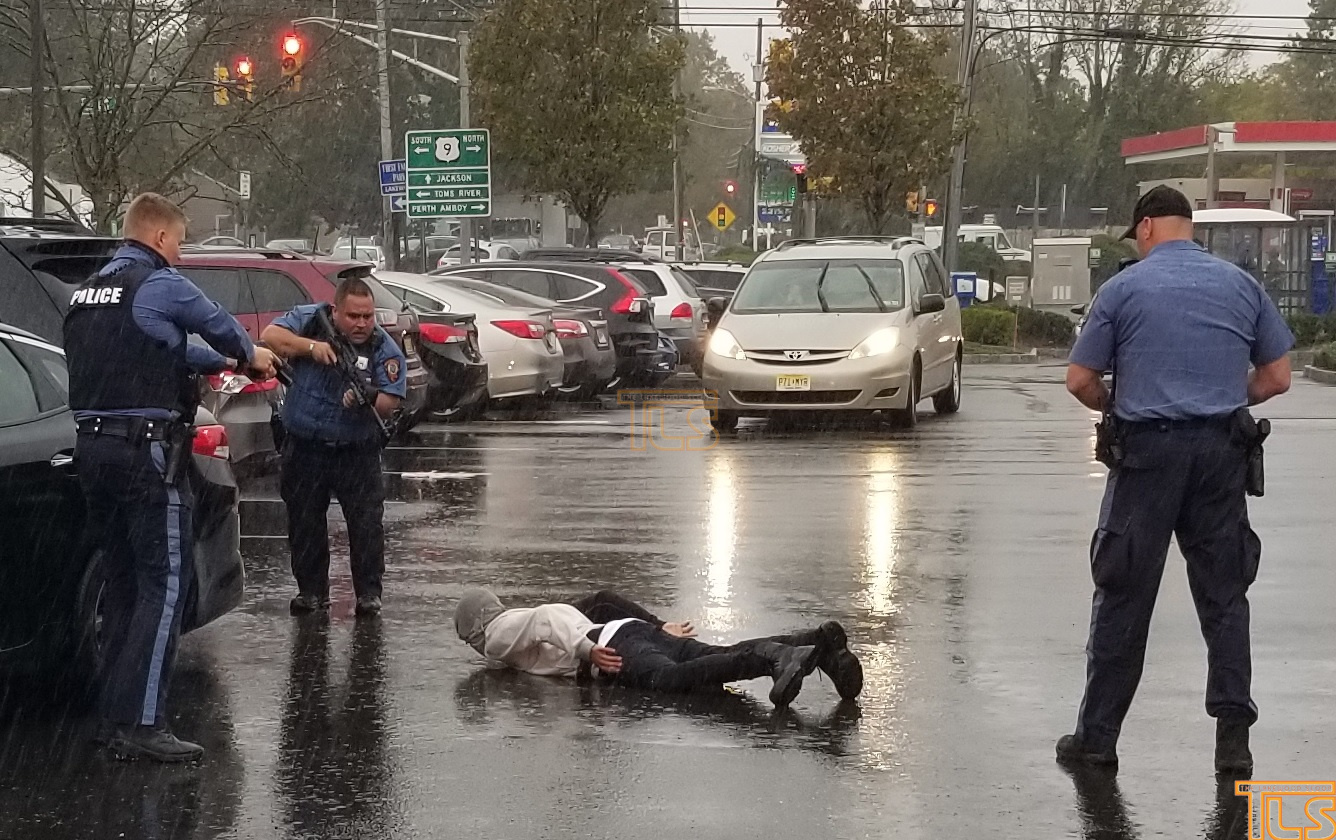 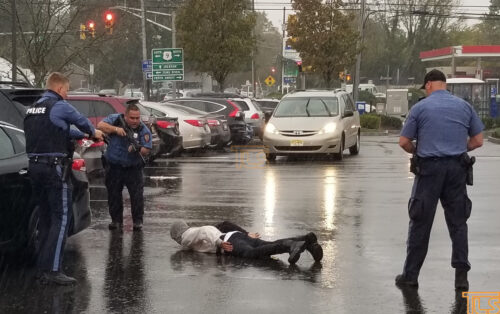 Police officers moments ago apprehended an armed suspect in Lakewood.

At approximately 10:30 AM, Lakewood Police received a call about a male with a gun near the TD bank on Kennedy Boulevard.

Within seconds, an officer patrolling around the corner was on scene and spotted the suspect. He was taken into custody moments later at gunpoint.

It turns out the suspect had allegedly pointed the gun at multiple drivers and demanded money. After pointing a gun at one driver, the victim fled from her vehicle.

At approximately 10:30 this morning, officers were dispatched for the report of a man with a gun in the area of the TD Bank located at 1601 Route 9.

Prior to the call, Officers were dispatched to Fulton Bank located at 205 East Kennedy Blvd for a report of a male knocking on car windows asking for cash.

Upon arrival to the TD Bank parking lot, Officer Woods located a male fitting the description provided exiting the rear of an unknown vehicle. The suspect was ordered to ground and taken into custody without incident.

Further investigation led to the recovery of a loaded .22 caliber revolver and a quantity of assorted narcotics.

As a result, Ivan Jaquez, 19 years old of Chamber Crescent Court in Lakewood will be charged with the following:

Jaquez will be lodged in the Ocean County Jail pending a detention hearing.

The Investigation is still ongoing. Anyone with any information pertaining to the incidents that occurred at both banks should contact Detective Pat Kearns at 732-363-0200 ext 5338.