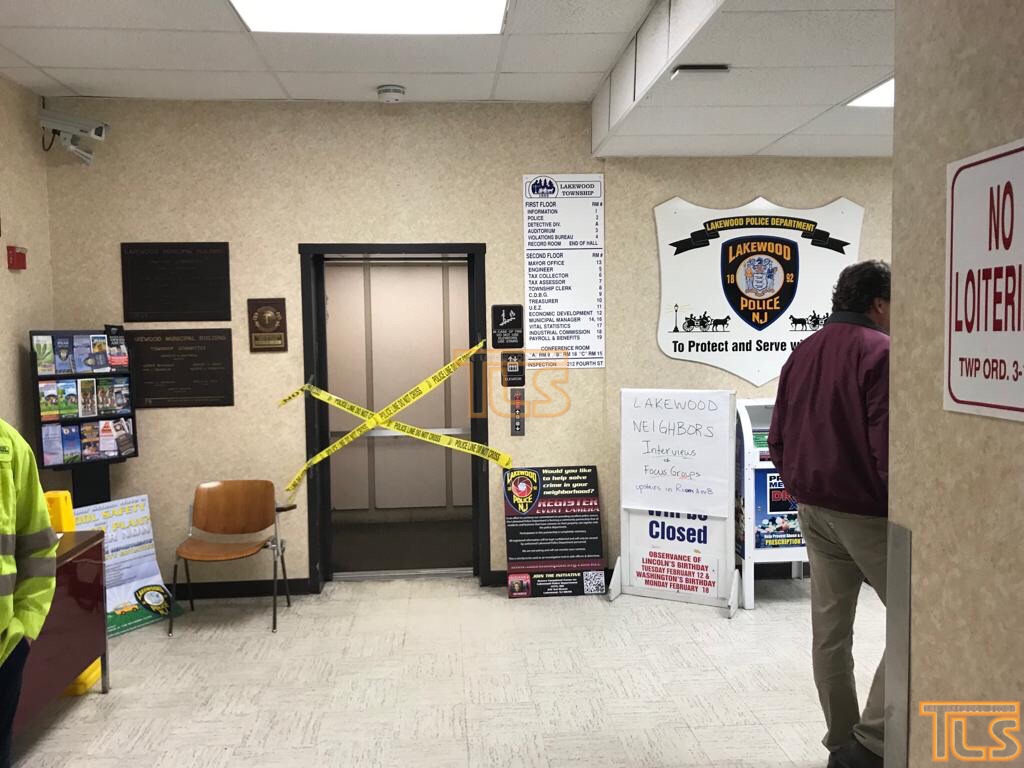 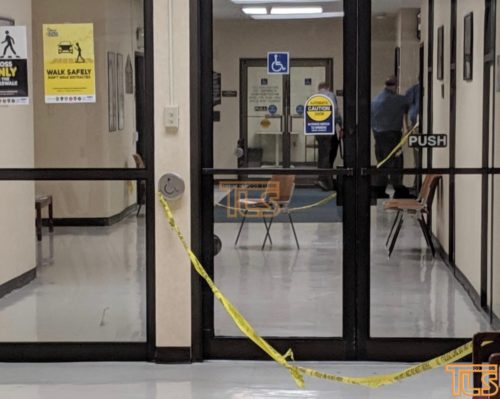 A man has been stabbed inside Lakewood’s Municipal Building, officials confirmed to TLS.

According to preliminary reports, officials say a man emerged from the elevator on the second floor, and proceeded to stab a man – reportedly in the neck.

Both the suspect and victim were reportedly civilians, and no Township officials were involved.

The victim, a Jewish male, was treated on scene by Hatzolah, and then transported by paramedics to Jersey Shore University  Medical Center. His condition was unknown. 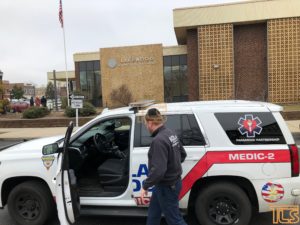 The suspect, described as a black male, was taken into custody.

UPDATE: “At approximately 10:55 am, Officers were alerted via panic alarms that there was an unknown issue on the second floor of the complex,” Captain Greg Staffordsmith said. “Further incoming information advised that an unidentified man was acting disorderly in a near by hallway.” 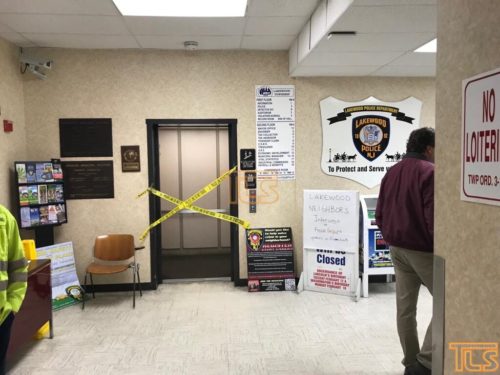 “Arriving Officers located the man, who was now sitting in a hallway chair. As Officers attempted to gain information from him, he, without warning, stood up and struck at least one Officer in the eye with a closed fist. The man continued to resist but was ultimately taken in to custody. During the struggle a folding knife was dislodged from his waistband.”

Within moments of the altercation, “Officers learned that the suspect had stabbed an unknown victim with the recovered knife,” Staffordsmith says.

The victim is not believed to have sustained life-threatening injuries.

“Although we believe that the suspect attacked alone in, what appears to be a random attack, the investigation is ongoing and additional information will be released as it becomes available,” police said.

UPDATE: A man who was in the building at the time tells TLS he heard screaming, and then saw multiple officers rush to the scene.

According to another source at Town Hall, a Township employee heard the screaming, and ran into the hallway, at which point the suspect appeared to have hid the knife.

UPDATE: An official tells TLS the victim is 68 years old.