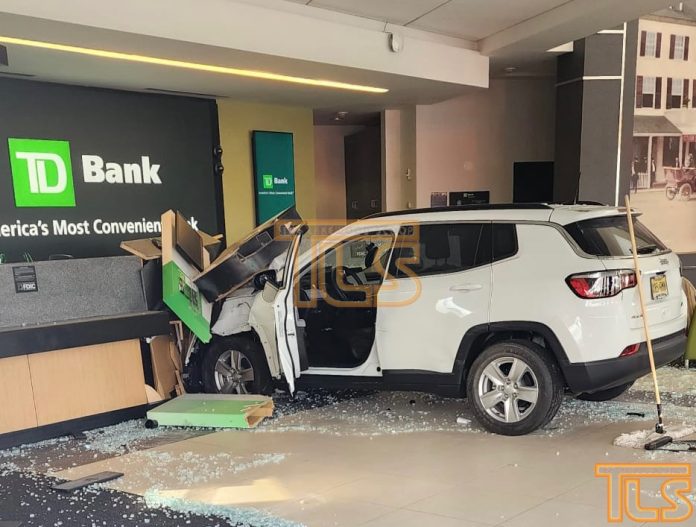 A vehicle plowed into a TD Bank in Toms River this afternoon, shattering the glass windows and sending customers and employees fleeing for cover.

The vehicle came to a stop just before the front desk.

An initial investigation by police revealed that while attempting to make a left turn onto Route 9, Anthony Marino, 93 of Toms River, accelerated and travelled across the highway and onto the property striking a support wire, a street sign, a light post and then struck the bank before coming to rest in the bank lobby.

Mr. Marino, who was was not injured in the collision, was issued a summons for careless driving.

A witness was struck by debris and suffered minor injuries as a result of the collision. 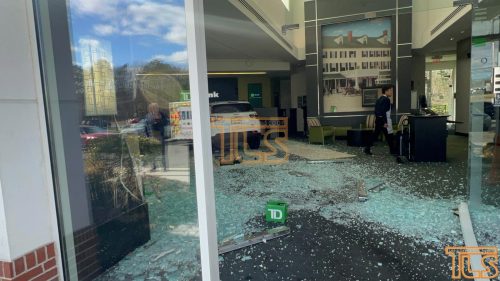 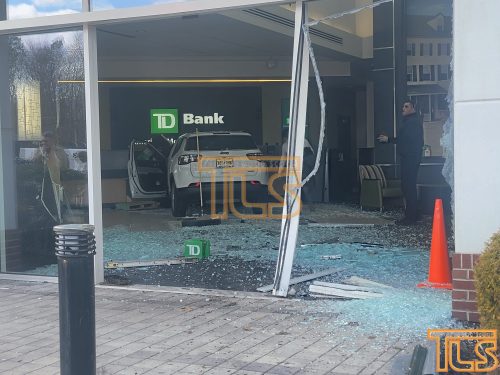 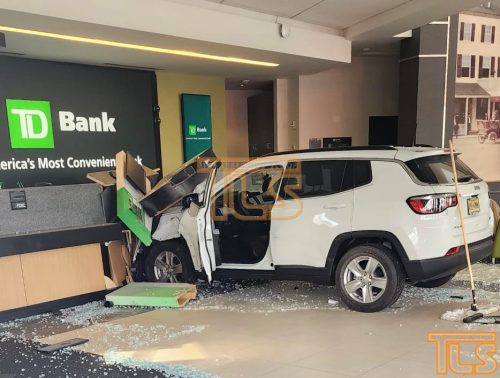 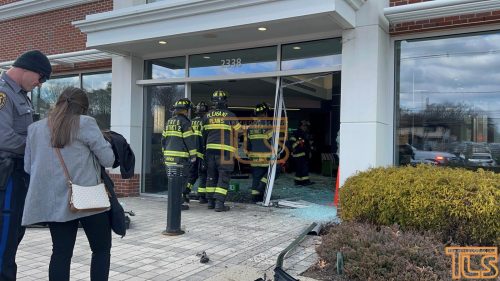 BREAKING: More from the scene in Toms River where a vehicle plowed into a bank.

#BREAKING UPDATE: Miraculously, nobody was struck by the vehicle which plowed right through the center of the bank with multiple customers inside.

It appears the driver lost control on the road, left the road, and went plowing through the parking lot and into the bank. https://t.co/oKsYOt7uSg pic.twitter.com/xoS4nVNOKv