3 Tied Up and Kidnapped During Armed Home Invasion in Lakewood 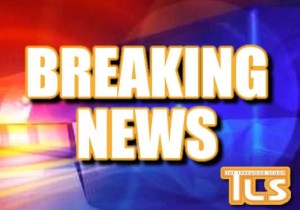 FIRST REPORT: Three people were tied up and kidnapped during an armed home invasion in Lakewood early yesterday morning, officials confirm to TLS.

The bizarre incident began at about 2 a.m. on Saturday morning, when four men armed with guns broke into a Lakewood home apparently in search of a particular party.

The party they were looking for however was not in the home at the time, and the suspects proceeded to tie up the home’s occupants – two men and a woman – and continued to ransack the home.

After receiving information that the party they were looking for was in Jackson, the suspects placed the bound victims in one of the victims’ vehicles. Two suspects got into that vehicle, and the others fled in another vehicle belonging to the victims, leaving their original vehicle behind, according to sources.

After receiving information that the suspects were to meet up with their intended victim in Lakewood, Lakewood police officers were on their tails, and a short time later spotted one of the suspects’ vehicles.

As police attempted to stop the vehicle, the suspects allegedly fled and crashed. The suspects fled on foot from the vehicle, but were apprehended by police a short distance from the scene.

The three bound victims were located unharmed inside the vehicle, officials say. The weapons used in the home invasion were recovered.

The other vehicle was located abandoned a short time later.

Officials say all the suspects were from out-of-state.

The incident is still under investigation, and further details will be released as they become available.