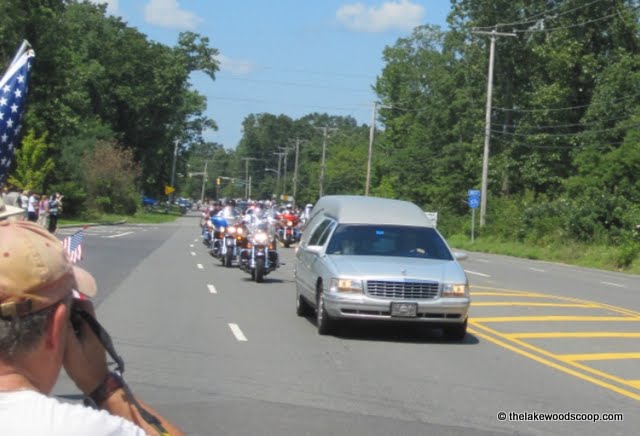 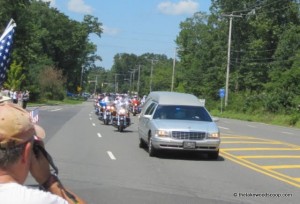 PHOTOS & VIDEO: The body of a man who made the ultimate sacrifice for his Country was brought back home this afternoon. Marine Cpl. Nicholas S. Ott, who was killed while serving in Afghanistan, was brought to the Manchester Funeral home on Route 70, where Funeral services will be held.

Ott – who joined the Marines in 2007 – died on August 10th while conducting an operation in Afghanistan.

State Police and Township Police escorted the coffin from Dover Air Force Base in Delaware to  the Anderson and Campbell Funeral Home in Manchester.

About 75 people – many waving American flags – were on hand at the Funeral Home to honor the hero.

The Funeral services will be held Friday. TLS.