BlackBerry Outages Spread To The U.S. – Company Says It’s Their ‘Number One Priority’ 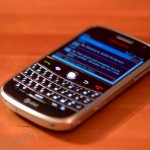 Research in Motion confirmed Wednesday that widespread problems with its BlackBerry network have spread from Europe, Asia, Latin America and Africa to the United States and the rest of North America. The company said on its Web site that fixing the problem was its “Number One priority.”

Millions of users around the world have been having trouble with their BlackBerry phones as they try to send and receive e-mail and access the Web.

RIM told its customers on its Web site Tuesday that the back-up switch for its systems had not functioned “as previously tested,” and had created a backlog of data that RIM is working to clear.

The problems are hitting the United States as Apple has launched its competitor to the BlackBerry Messenger system, iMessage. The service, which functions much the same as BBM, allows all iOS 5 users to communicate over WiFi or 3G. Apple’s service also supports photos, videos, geo-location information and contacts.

The iPhone has slowly been encroaching on RIM’s business base, leaving the BlackBerry maker in a vulnerable position. Washington Post.