Bill Would Allow Wine To Be Shipped Directly To Consumers 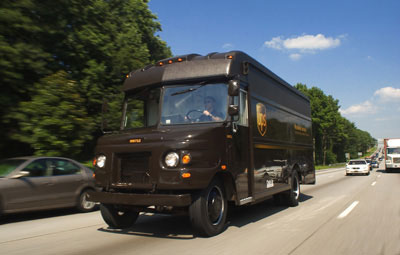 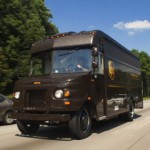 Supporters and opponents of a bill that would allow wine lovers to have the beverage shipped to their door will face off before a Senate committee today. New Jersey is one of about 20 states that does not allow wine to be shipped directly to consumers. At present, consumers can get wine shipped only to a retail outlet. A bill that would remove the ban faces opposition from New Jersey liquor retailers, who fear it would cut into their business and make it easier for under age drinkers to buy wine. The bill, which was introduced but not passed in the last legislative session, allows in-state vineyards and wineries, and out of state vineyards, wholesalers and retailers, to obtain a permit to ship wine straight to the buyer’s home.

The Senate Law and Public Safety Committee is scheduled to discuss the bill Thursday. No vote has yet been set for an identical Assembly bill.

Assemblyman John J. Burzichelli, D-Gloucester, a sponsor, said the ban makes no sense in an age where the Internet gives consumers easy access to wines from around the globe.

“A New Jersey citizen should not have to jump through more hoops to enjoy wine from around the world than someone in another state,” he said.

The law would give consumers access to a far wider selection because small brands don’t have the resources to get their products in the stores, and sell online, Burzichelli said. New Jersey vineyards, many of which are smaller operations, also would benefit from being able to ship to the consumer, he said.

But critics say the law would undermine the current system in which vineyards deliver wine through distributors to retailers, who sell it to consumers.

“It’s a pretty big threat,” said Diane Weiss, executive director of the New Jersey Licensed Beverage Association, a Trenton-based trade group that represents about 500 bars and taverns around the state. “You are bypassing the whole retail aspect.”

“It could be the beginning of something,” she said. “Right now, it’s the wine connoisseurs. Then what about the scotch connoisseurs?”

Paul Santelle, vice-president of the New Jersey Liquor Store Alliance, a Trenton-based trade group, said the law would make it tough to keep wine out of the hands of under age drinkers. He noted that buyers of alcoholic drinks have to show proof of age to a retailer before completing the purchase.

“You want to make sure that the people buying it are of the legal age,” he said. That fear is a reason behind the direct-to-consumer ban in some states.

But Burzichelli said he believed that the requirement that the recipient of a wine order sign and show proof of age would be a sufficient safeguard.

Santelle and Weiss said they believe the bill is in part being driven by AmericanWinery.com, a Washington state-based online wine vendor that links wine buyers with numerous vineyards.

Walter said the passage of the New Jersey law would help her company, as well as vineyards and consumers.

“It helps consumer access smaller production wineries,” she said. “The consumers win because they are not limited to just what they can get at their local wine shop if they are able to hop online and get what they want.” NJ