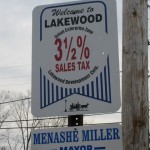 Legislation sponsored by Assembly Majority Leader Joseph Cryan and Assemblyman Albert Coutinho to improve how money is allocated in New Jersey’s job-creating Urban Enterprise Zones was released Monday by an Assembly panel. “UEZs have played a vital role in creating jobs and economic developments throughout New Jersey,” said Cryan (D-Union). “The administration may want to rip that apart and hurt these communities and working class New Jerseyans, but the better approach is to take our success and make it better. Fostering an economic climate that revitalizes these communities and stimulates economic growth by encouraging businesses to develop and create private sector jobs must be our shared goal.”

“The UEZ program supports more than 133,000 full-time jobs and has attracted $31.6 billion in private investment,” said Coutinho (D-Essex). “We have nearly 6,800 businesses of all sizes and types participating and benefitting from the advantages of the program. It’s hard to believe that some would want to take a program as successful as this and throw it away, but we’ll instead work hard to make it even better. That’s the smarter way do the things.”

· Provide that UEZ municipalities are to annually receive that percentage of funding as a grant after application for the funds to the UEZ Authority, with 10 percent of that amount allowed for administrative purposes.

· UEZ municipalities would be required to report to the UEZ Authority on all outstanding projects and on whether the qualifying municipality requests any reallocation of outstanding balances for other approved projects;

· Phase out the use of UEZ monies from the fund for police and fire services;

· Clarify that future UEZ project funds be used only for capital investment and associated costs which will lead to increased economic activity and job creation;

· Permit UEZ municipalities to use up to 75 percent of the interest amount received from the repayment of any loans made to UEZ businesses for the cost of administering those loans; and

Further, the bill would provide that two or more UEZs receiving less than $1 million from the assistance fund annually would be permitted and encouraged to regionalize the administration of their UEZ operations to maximize efficiency and that regionalization may be done on a countywide or multi-countywide basis.

Finally, the bill would allow businesses qualifying for UEZ program benefits to annually certify to the UEZ authority that it is a qualified business in a manner that, without any additional requirements, allows the business to indicate on its annual business filing with the state the number of employees the business employs for the prior calendar year and during the current calendar year.

The bill was released by the Assembly Appropriations Committee.  TLS.