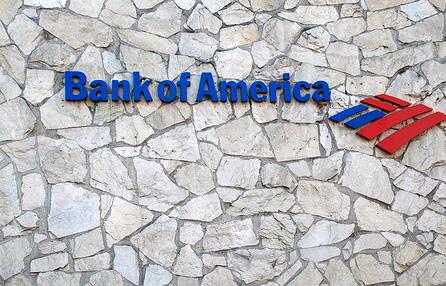 Bank of America is sending its credit card customers a one-page letter with a simple explanation of the interest rates and fees they’re being charged starting today. While not mandated by the federal credit card reforms to take effect in February, Bank of America’s letter reflects the law’s aim at making policies easier for consumers to understand. The bank with the largest retail presence in New Jersey had 397 branches in the state as of last year.

The letter is being sent to the bank’s 40 million consumer credit card holders. A sample provided to The Associated Press details the interest rates charged on purchases, balance transfers and cash advances. It also spells out all annual, transaction-based and late payment fees. Perhaps most critical, the letter clearly states that interest rates can change if payments are late.

Like its competitors, Bank of America in recent months raised interest rates, cut credit limits and took other actions to change terms before legal reforms restrict its ability to do so. Across the U.S., changes to interest rate and/or credit limits hit about 65 percent of all outstanding credit cards in the past year.

Among the most notable changes made by Bank of America was shifting most credit cards from fixed to variable interest rates, which move in relationship to the prime rate. The new law will prevent banks from changing the fixed rate on existing balances unless the cardholder falls two months behind paying the bill. The bank also began testing annual fees ranging from $29 to $99 on certain cards that previously were not subject to such charges. Some Bank of America cards, such as airline rewards cards, already come with fees.

The letters are intended as a way to keep consumers informed and help improve financial literacy. “No matter what your status is now, you want clarity, you want simplicity and you want to understand what you’re signing up for,” said Ric Struthers, president of global card services.

The letter states it does not take the place of the consumer’s credit card agreement. Struthers noted that those agreements can be up to 40 pages long, much written in legal language that is difficult to comprehend. “I don’t think that most people take that and study it,” he said.

One important item the letters don’t spell out is how long it will take to pay off outstanding balances if only minimum payments are made.

After February, that critical information is required to appear on monthly statements, and will likely shock many consumers. The median balance for U.S. consumers, meaning half owe more and half owe less, is $3,000 according to the Federal Reserve. At an average interest rate of 14.9 percent, it would take more than seven years to pay off a balance that high making only minimum payments.

All told, consumers have cut back their credit use in the last year in response to rising rates and lower credit limits. The Federal Reserve said outstanding revolving credit, which is mostly credit cards, fell 8.5 percent to $889 billion in September from $975.2 billion a year ago. AP