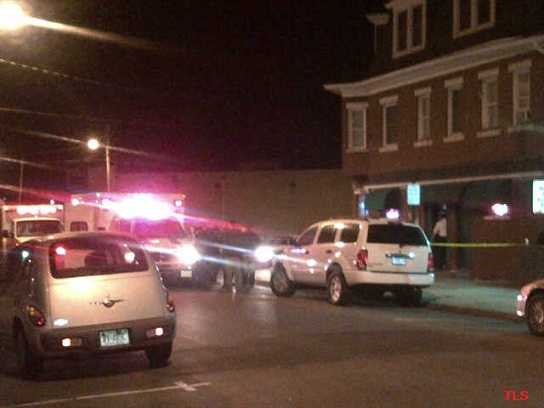 PHOTO: Two patients were transported to the Hospital early this morning after being stabbed, officials confirm to TLS. The incident occurred shortly before 1 AM on Montmouth Avenue.After one victim was stabbed following a fight in a bar, the second victim reportedly attempted to intervene and was also stabbed.

The first victim was tranposrted by EMS to Jersey Shore Medical Center with serious injuries, and the second victim was transported to KMC by Lakewood First Aid with non-life threatening injuries.

The area was taped off as police conducted an investigation.

A police official tell TLS one suspect was taken into custody in connection with the incident. TLS.