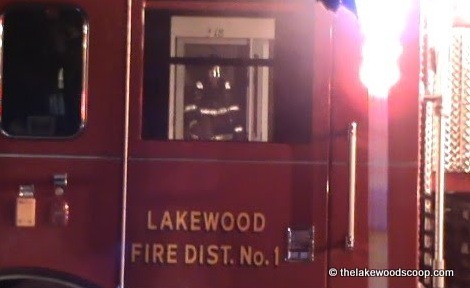 VIDEO & PHOTOS (UPDATED) Authorities are investigating a home fire this evening in a vacant home on Bruce Street. Dozens of firefighters responded to the fire which broke out just before 9:00 PM and found the basement of the home fully engulfed in flames.

The fire was brought under control about 15 minutes later, before the fire spread through the home.

EMS and Lakewood First Aid also responded to the scene.

The Fire Marshal’s Office and Prosecutor’s Office responded to the scene to investigate. TLS-6466/TLS-50/TLS-55/TLS-00/TLS-CCP.

(This story was first reported on our News Alerts).