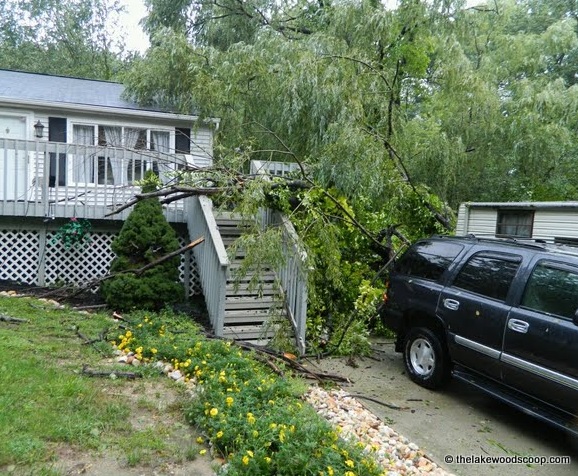 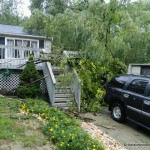 Eight years ago, it was aging transmission lines that failed, knocking out power to a chunk of the Jersey Shore during the busy Fourth of July weekend. Four years ago, it was decrepit utility poles that went down, felled by an ice storm in Monmouth County. That outage lingered for days, leaving residents without heat in sub-freezing temperatures.

Two months ago, in the aftermath of Hurricane Irene, it was a lack of communication that infuriated residents.

Now, Jersey Central Power & Light faces new scrutiny and a new round of recriminations for what critics call a sluggish and disorganized response to the massive outages that followed last month’s early season snowstorm and left some people in the dark for 10 days. A state legislator has called for hearings into the matter. Municipal officials and customers have demanded financial sanctions.

“They were negligent,” said Warren Township Mayor Gary P. DiNardo, whose community has joined Robbinsville in filing a formal complaint with the state Board of Public Utilities. JCP&L provides power to about 80 percent of the town, while Public Service Electric & Gas covers the remainder, DiNardo said.

“We didn’t have half the problem with PSE&G,” he said.

Interviews with regulators, government officials and customers — along with a review of a recent performance audit commissioned by the BPU — suggest that the state’s second-largest utility is not wholly prepared to deal with large storms, its work force reliant on outside help and its equipment in need of an upgrade.

The performance audit, completed in June, noted that spending cuts in recent years have had a direct bearing on reliability and service. It also prodded the company to step up tree-trimming in its territory, which includes heavily treed sections of northern and central New Jersey.

In the Oct. 29 storm, it was trees that caused the bulk of the damage. Because they hadn’t yet shed their leaves, branches weighed down by snow snapped by the thousands, downing wires and poles. In all, more than 950,000 homes and businesses lost power across the state.

“It was extremely frustrating,” said Karen Peake, 55, whose Branchburg home was without electricity for seven days. JCP&L, Peake said, repeatedly told her the power would be restored the next day.

“It just seemed like they didn’t care,” she said.

JCP&L President Don Lynch said he was surprised by the criticism, calling the pre-Halloween storm a devastating, historic event that came on the heels of the first hurricane to make landfall in New Jersey in a century.

The restoration effort, Lynch said, grew into the largest in JCP&L’s history, with some 3,100 linemen and 1,000 forestry workers out in the field. In all, he said, more than 5,700 men and women were involved in some capacity, ultimately restoring power to 379,000 customers.

“Our employees did a good, solid job,” Lynch said. “They did it safely, with thousands of downed wires and trees all over and with slippery conditions up in the mountainous area where we serve. … They did everything they could to bring their customers in as quickly as possible, and I would say we did a great restoration.” More in Star Ledger.