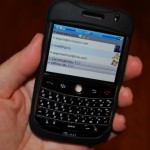 AT&T Inc., the second-largest U.S. mobile carrier, said it restored data service to wireless customers in New York and elsewhere in the Northeast U.S. after a disruption earlier today. “Some mobility customers were unable to connect to data services briefly early this morning,” Mark Siegel, an AT&T spokesman in Atlanta, said in an e-mail. “The issue was resolved.”

The disruption, which affected mobile e-mail and Internet access, began at 6:14 a.m. in New York, according to AT&T’s customer-service department today. The Dallas-based company began an investigation into the issue, which customer-service representatives described as a “service degradation.”

Some customers using Apple Inc. iPhones and Research In Motion Ltd. BlackBerrys said they noticed a loss of e-mail service shortly after 6 a.m., and by 7:45 a.m. some of those AT&T customers reported that e-mail began to work again. Businessweek.