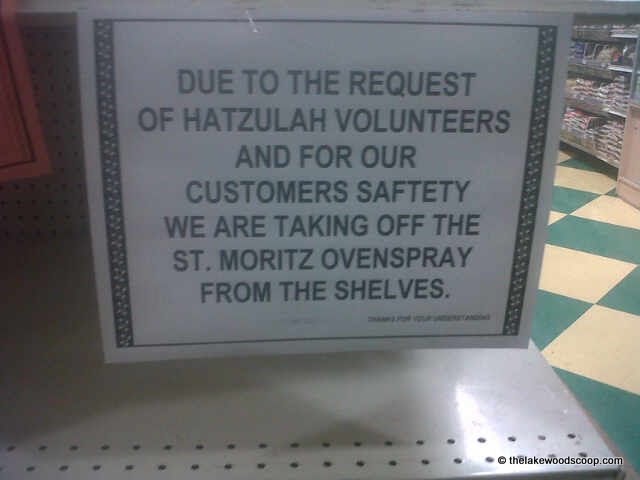 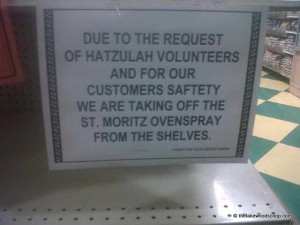 PHOTO: Following a horrific incident earlier this week where a young KJ child was severely burned by the St Moritz spray, at least one grocery has already removed the spray from their shelves. The store hung up a sign on the shelf where the sprays once lay, saying they removed the spray at the request of Hatzolah and for the safety of their customers.