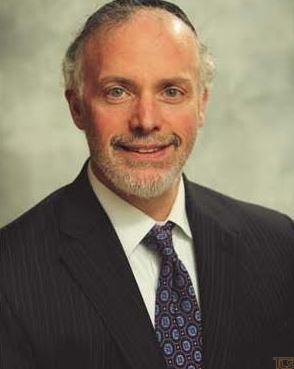 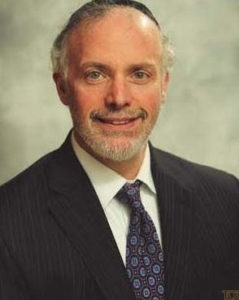 A historic step on behalf of the Lakewood community’s image was taken last week when Rabbi Aaron Kotler was the featured guest on the “Ask the Editor” forum of the Asbury Park Press. This online forum reaches a vast segment of the general population, in the Ocean and Monmouth County region and well beyond.

It is no secret that there has been lots of confusion in recent months regarding various issues related to Lakewood, including education funding, school transportation, real estate development, traffic and the growing number of Orthodox residents in towns surrounding Lakewood. Unfortunately, lots of misinformation and misconceptions on these issues has filtered through to the public, oftentimes through media outlets, social media and other forums, with a tiny handful of online negative trolls seeking to dominate any public conversation about Ocean County.

The session with Rabbi Kotler lasted three quarters of an hour, and all hot topics were on the table. The session was moderated by Executive Editor Hollis R. Towns, reporter Payton Guion, and opinion editor Randy Bergmann. Rabbi Kotler utilized this opportunity to share of the successes and challenges facing the Lakewood community, covering hot topics, as well as the steps that Ocean County can take to better its future.

“The Orthodox community values its relationships with its neighbors and this forum was a great opportunity to improve on that,” Rabbi Kotler reflects. “This is merely the one of many steps we are taking to improve communication and inter-community dialogue, and to dispel widespread myths.”

What was most remarkable about this forum is the fact that the Asbury Park Press has often featured coverage that many in Lakewood see as hostile to the Orthodox, and that generates online comments that are brutal about Jews. Yet this forum was very constructive and congenial, despite the controversies surrounding many of the issues discussed.

Rabbi Kotler noted that Lakewood is a unusual success story, with over 12,000 new jobs created by Orthodox entrepreneurs, and Lakewood families building over $4 billion dollars in net housing and commercial ratables. “There is no other municipality in the state, except Jersey City, that has seen this type of economic miracle, with Lakewood’s Orthodox helping drive the state’s economic engine” said Rabbi Kotler. “With success come challenges and Lakewood has long suffered due to its geographic locale – with political power centered in North Jersey, much of the state investment goes to North Jersey communities, leaving a county like Ocean in the lurch.”

He noted that the State’s infrastructure plan is known as the North Jersey TPA, when in fact it is meant to include a region like Ocean County too. Rabbi Kotler told this reporter that during the previous administration in Washington there were billions spent under a bill called ARRA – commonly called the Stimulus Bill. That bill spent $831 billion dollars and not one penny went to the Lakewood region – because there were no Lakewood projects on the North Jersey TPA list.  This is the result of both poor planning and politics that direct critical dollars elsewhere, he said.  When asked what could be done about it, he emphasized the need for the various factions and communities to end any “blame the Orthodox” games and to instead unite and to work together in common cause.

The moderators were pleasantly surprised that Rabbi Kotler refused to label even those opposing Jewish community priorities in Lakewood, Jackson and Toms River as anti-Semites, calling it a “tough label,” and instead called for a greater effort of understanding on the part of all parties. “I think there is a fear of the unknown,” he explained. “It’s everyone’s responsibility – it’s my personal responsibility, as an American citizen who is Orthodox – to break down those barriers so there’s less fear and more understanding.”

Rabbi Kotler stressed the need for far more advanced planning in Ocean County, and for the State to fix the broken school funding formula, which robs Lakewood residents and its children of some $40 million dollars each year. He covered other hot button issues with warmth, smiles and an open approach. Responding to the APP calls for more Orthodox leadership on behalf of the greater community, Rabbi Kotler noted that The Lakewood Vaad has made these issues their lead priorities for years. Progress has been made on many fronts, and a concerted effort is underway to make even more progress in the future.

Nothing happens by accident and neither did this groundbreaking forum. Over the past months, Rabbi Kotler has held a series of meetings with Mr. Towns and other editors and journalists from the Asbury Park Press and other major media outlets – many of whom he has enjoyed a relationship with for years. The fruits of this outreach are already plain to see. The Ask the Editor session with Rabbi Kotler received widespread accolades from the Asbury Park Press, readers and viewers, and members of the Lakewood community. A lot more remains to be done on this front – and the stage has been set to do so.