As Corzine Leaves Office, 55% Believe State Is Heading In The Wrong Direction 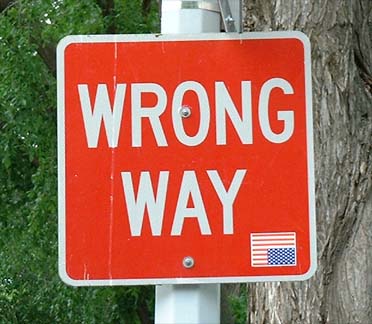 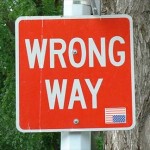 When Jon Corzine was about to take office as New Jersey’s governor in January 2006, one-third or 34 percent of residents thought the state was headed in the right direction. According to a survey made public Tuesday by Fairleigh Dickinson University’s PublicMind Poll, as Corzine leaves office, 55 percent believe the state is heading in the wrong direction. Twenty-seven percent saying the state is headed in the right direction, according to the poll. When Corzine entered office in January 2006, a third of New Jerseyans or 38 percent had an unfavorable opinion of him. As Corzine leaves office, 61 percent have an unfavorable opinion, with 37 percent holding a “very unfavorable.”

One in five New Jerseyans or 21 percent say Corzine has done a good or excellent job as governor, while 36 percent say he’s been “only fair” and 41 percent rate his performance as “poor.”

Overall, 58 percent disapprove of the job he has done as governor, while 33 percent approve. His highest approval rating was 58 percent in 2006, just before the mid-term elections for U.S. Senate and Congress. He maintained a strong approval rating until January of 2008 when he introduced a plan to “monetize” the New Jersey Turnpike.

“Other governors in the country thinking about leasing highways and bridges will be looking at Jon Corzine’s proposals and his poll numbers for a long time,” said Peter Woolley, the poll’s director.

As Corzine leaves office, 79 percent of resident say they’ve heard the term “lame duck” to refer to office-holders after an election and before the new term begins. But 66 percent say the Legislature should wait for Gov.-elect Christ to take office before passing important laws.

This includes four of five Republicans, seven of ten Independents and half of Democrats. Just 24 percent of New Jerseyans say the Legislature needs to get as much done before the new governor changes course.

A large majority of voters, 70 percent, continue to say the state should hold the line on spending even if programs are reduced rather than raise taxes, a preference that cuts across party lines.

About half of voters or 48 percent say they approve of the way Christie has handled his transition to governor while just 13 percent disapprove.

Opposition to raising the gas tax is not as strong as it was when measured in January 2006.

A third or 32 percent agree that New Jersey has one of the lowest gas taxes in the country and the greatest need for spending on roads and bridges, and should increase the tax. That compares to just 18 percent who said that in 2006. A majority or 61 percent say that New Jersey has too many taxes and too much spending, and should not increase the tax. That compares to 74 percent four years ago. Opposition cuts across party lines: A majority of Democrats, Independents, and Republicans all oppose a higher gas tax.

The poll of 801 registered voters statewide was conducted by telephone from Jan 4, to Sunday, and has a margin of error of plus or minus 3.5 percentage points. NJN