I am a high school senior and am interviewing for seminary next year in Israel. During these interviews, some of the questions that the seminaries have asked are of a nature that if I respond truthfully, they may not accept me. For example, “Do I like my high school?” In honesty, I can’t really say that I do, but how will that make me look in the eyes of the seminary? Therefore, I am tempted to lie. By asking such questions, is the seminary transgressing Lifnei Iver (the prohibition of causing another to sin) if I give in to my temptation to lie?

ANSWER: It seems that there are many authorities that clearly rule that there is a prohibition of Lifnei Iver regarding causing another to lie [the Turei Even on Megilah 28a, ‘Umah”, the Tumim in C.M. Siman 32, Rav Meir Auerbach in his Imrei Binah (C.M. Siman 34).]

In this particular case, the issue may be dependent upon how a contradiction in the Gemorah is resolved.

The Gemorah in Nedarim 62b tells us that Rav Ashi owned a forest (Avah) that he sold to a fire temple (where they burn wood for idol worship purposes). When asked about the prohibition of Lifnei Iver, he responded that in the majority of cases, the wood that the fire temple buys is used for ordinary heating and not for idol worship and that he had the right to rely on the majority of cases.

However, there are other passages in the Gemorah that seem to contradict the above and indicate that there is a prohibition of Lifnei Iver whene a strong likelihood of a violation exists even if in the majority of cases a violation would not occur. In Bava Metzia 75b, we see that it is a violation of Lifnei Iver to loan money when there are no witnesses because of the concern that the money will not be paid back. There is also an indication of the same reasoning from Bava Metzia 5b.

The author writes a weekly column on Emes. If you would like to pose a question to the author, you can reach him at [email protected] 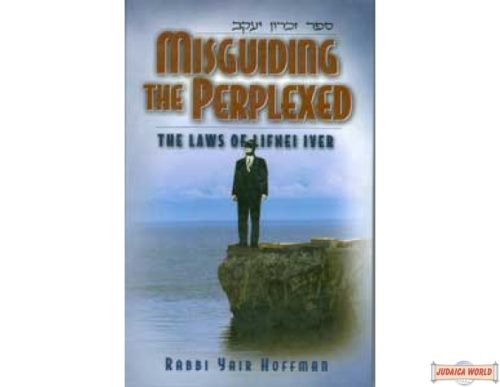