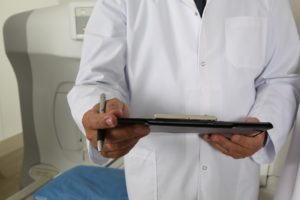 A New Jersey appeals Court has overturned an order which halted New Jersey’s controversial “Aid In Dying” law, which went into effect on August 1st. The law allows doctors to provide lethal drugs to terminally ill patients at their request. The law was challenged in court shortly after going into effect by Dr. Joseph Glassman, who challenged the law on religious grounds, ultimately winning a restraining order which temporarily stopped the legislation from being implemented.

But an Appeals Court now says that State Superior Judge Paul Innes, who stopped the law, abused his discretion as a judge. The court has now overturned his ruling, and Dr. Glassman, along with a pharmacist who has joined his lawsuit, have today also been denied a hearing before the State Supreme Court, which chose to uphold the law.

Doctor-assisted death has long been a hot-button topic in the health care world. Advocates argue that it gives patients more autonomy in their end of life decisions, while critics say that such laws allow vulnerable patients to be manipulated into being killed, as well as creates serious ethical dilemmas.