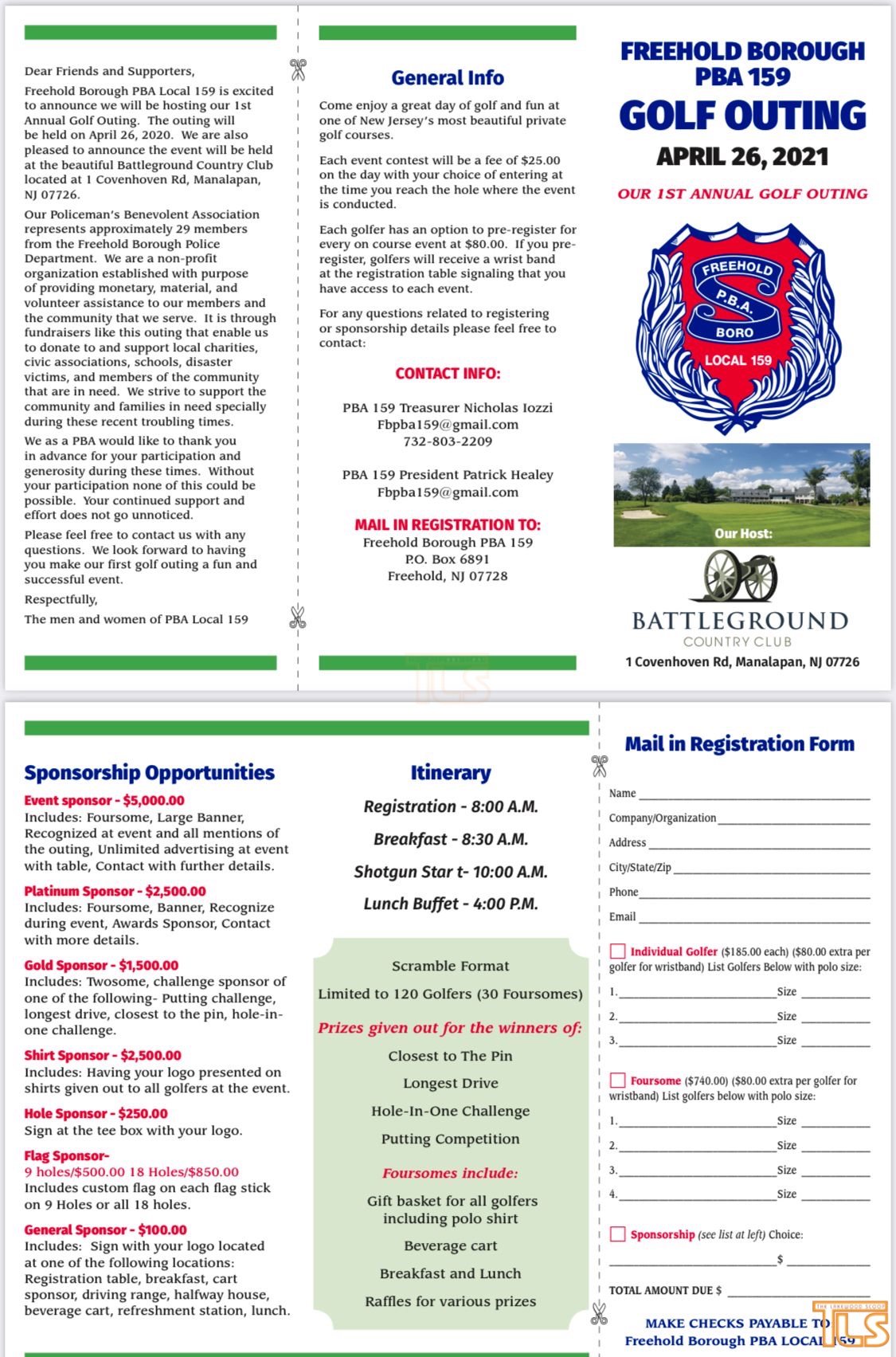 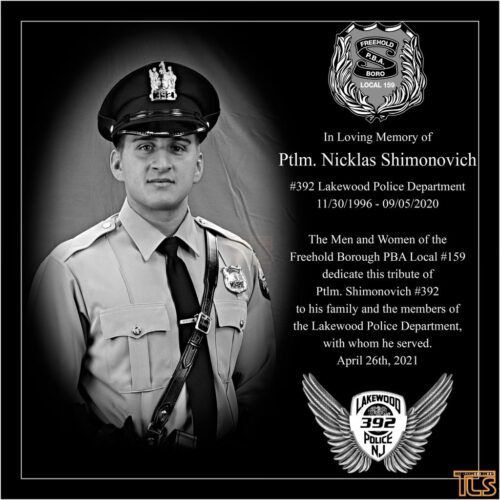 A sponsor – who wished to remain anonymous – sponsored Officer Nicklas Shimonovich in the highest sponsorship available at the Freehold Township Golf Tournament, in which eight LPD officers competed in.

The sponsor, from Lakewood, told the parents Lt. Robert Shimonovich and Detective Sgt. Jeannette Shimonovich that their son Nick helped him at his time of need, and made such a lasting impression on him, it was the least he could do to honor his memory.

They presented the family with these memorable plaques, one to be displayed at the Lakewood Police Department and the other for the Shimonovich home. 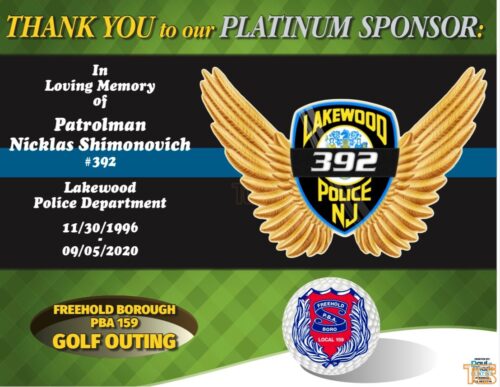 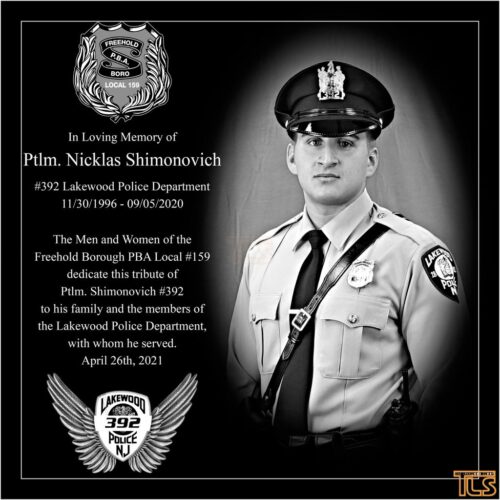