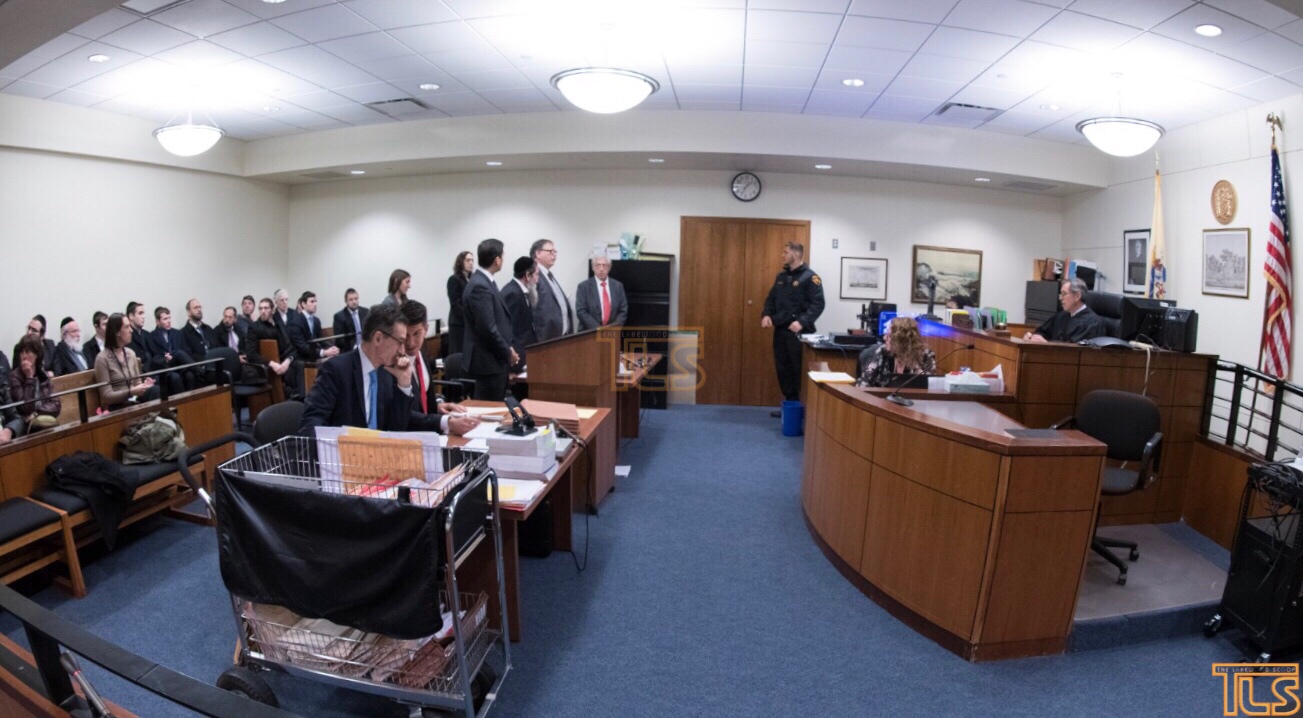 To the honorable Governor Phil Murphy and AG Matt Platkin,

As a member of the press who has been covering the largest stories in New Jersey for nearly a decade, I wish to share with you what has become the most troubling discovery of my career. I write today with first-hand information and the quest for integrity of a representative of the media, but also as a member of a community, a voice for thousands of others who share my concerns.

The very name of Rabbi Osher Eisemann evokes respect in Lakewood. Three decades ago, after the birth of his child with special needs, this man undertook to change the way children like his would be educated in New Jersey.

With little help but boundless determination and tenacity, he built the finest special needs institution in the state, and perhaps in the country. Over the last decades, Eisemann’s School for Children with Hidden Intelligence – a school whose name tells you everything you need to know about its modus operandi – has helped hundreds of children who were left behind by others.

But the state of New Jersey was not content letting a saint carry on with his altruistic work unpunished. So they swooped in and overturned his life, setting the ball rolling on what has become a more than half-decade-long fishing expedition to try to find something to taint the name and the work of the revered SCHI founder. And in the process, they wreaked havoc on the serenity of the school’s children and cultivated an irreparable distrust within the community toward the state’s justice department.

I sat on the media bench throughout the trial, and I was privy to see the intimate proceedings of the courtroom during those weeks. It began as a 5-count case centered around the misuse of public money, but as the witnesses were brought up to the stand, the case quickly unraveled.

A revealing moment near the onset of trial was when the lead investigator confessed that his investigation into the financial accounts of the school made no effort to identify which funds were public or private, and the defense proved that the funds were indeed private.

The case continued to disintegrate with each additional witness, but prosecutors, seeking to salvage their case, pivoted to a slew of underhanded tactics to garner at least some conviction. After lobbying for and getting an eleventh-hour rule change after the defense had rested, they managed to eke out two convictions on counts that until that point were legally impossible.

Judge Benjamin Bucca, noting the weakness of the state’s case, handed down probationary sentence with just 60 days in jail. But prosecutors were not happy. Empowered by an unearthly zeal to see the selfless rabbi rot in prison, they took their case to the Appellate Division. There, they spun a web of lies, brazenly taking advantage of the Appellate Division’s weak grasp on the complex case. Having experienced the trial proceedings first-hand, I was shocked that prosecutors were able to maintain such an awkward relationship with the truth.

But their twisted strategy paid off, as the Appellate Division, in a decision replete with factual mistakes that were insinuated by the prosecutors, ruled for a longer prison sentence for the persecuted Rabbi.

Over the last year, new exculpatory evidence has surfaced, which was subsequently revealed as having been in the hands of the prosecution during the time of trial, but they failed to disclose it to both the defense and the jury.

Rabbi Eisemann’s attorney, Lee Vartan, himself a former federal and state prosecutor, called the state’s failure to turn over this exculpatory evidence among the most brazen abdications of prosecutorial obligation he ever witnessed.

In large measure agreeing with Mr. Vartan, Superior Court Judge Joseph Paone vacated the
convictions and ordered a new trial for Rabbi Eisemann. But prosecutors refused to recognize the stinging rebuke of his decision, and they determined not to back away from their senseless persecution of a noble man.

They instead turned to the Appellate Division again, brandishing a new arsenal of misinformation. (As a simple example in a complex case, prosecutors now posit
in their appellate brief that the judge should not have granted a new trial without first holding an evidentiary hearing to test the evidence. But I, as an eyewitness to the previous hearings, watched as they adamantly pressed the judge to rule on the motion without the need of an evidentiary hearing.)

I have seen my fair share of impudence as a journalist, but it has shaken me to see how they seek to once again use the Appellate Division with impunity to force a prison sentence on an innocent man.

Two superior court judges have now separately commented on the weaknesses of the
state’s case. But state prosecutors, notwithstanding the fact that they withheld evidence and caused untold grief to Rabbi Eisemann by doing so, are seeking to use their virtually unchecked power to further their corrupt vendetta. No fair-minded person can know the facts and sleep peacefully.

Honorable Mr. Platkin, I have read in media reports that you have recused yourself from
this case, and have handed the reins over to Assistant Attorney General Lyndsay Ruotolo, who reportedly has refused to even meet with the defense team. While I don’t know the reasons behind your decision, I would like to point out something that I think is elementary.

As the head of the state’s prosecution arm, you may be able to recuse yourself from prosecuting any case in which you may have a conflict. However, you still retain the absolute responsibility for the integrity of your office. A recusal does not in any way remove from you the moral onus to ensure that your staff executes its mission in a manner that is beyond reproach.

You may seek to avoid making decisions that pertain to Rabbi Eisemann – and I’m sure rightfully so – but the role of oversight on the prosecutors in the case still lies directly with you. Allowing them to sully your office with their underhanded – or outright inhumane – tactics will leave a stain on your work if it is left unchecked.

Honorable Attorney General, my senator, Bob Singer, released a statement extolling your
virtues and voicing his support for your confirmation. “Matt Platkin was a partner in helping us to protect the rights of our community and fight for justice,” Singer said. “He did that as chief counsel to the governor, and I have no doubt he’ll continue to do it once he’s confirmed as Attorney General.”

But Mr. Platkin, Bob Singer also said something else.

Asked by the NJ Globe’s David Wildstein, Senator Singer said that “this is a wild goose chase” and that prosecutors should “go and get people who cause real problems. Stop the nonsense. Period.”

Honorable Governor Murphy, you have led this state the last five years with courage and
conviction. But as governor, the buck ultimately stops by you. You cannot say that you don’t have intimate knowledge about what goes on in the office of your state’s prosecutors.

Every letter issued by them bears your name at the top of it. For years, community leaders of Lakewood and beyond have decried the treatment born upon Rabbi Osher Eisemann.

Being governor is not just an opportunity, but a tremendous responsibility. Can you just allow overzealous, unethical prosecutors to destroy the life and work of someone who has done so much for the special needs community of New Jersey, and to do it in your name?

Do you want your legacy to be embossed with the words of Senator Joseph Cryan, a fellow Democrat, saying that the Attorney General’s Office of Public Integrity and Accountability under Governor Murphy was “among the most unethical to ever work or exist in New Jersey?”

Honorable Governor, the injustice of this case has been raised before you on numerous
occasions, both by the collective voices of tens of thousands in our communities – peacefully, without riots or fanfare – and by their proxies. You have yet to make any public comment on this case. How much longer will you allow our needs and concerns to go unanswered?

How much longer can this gross injustice be allowed to continue?