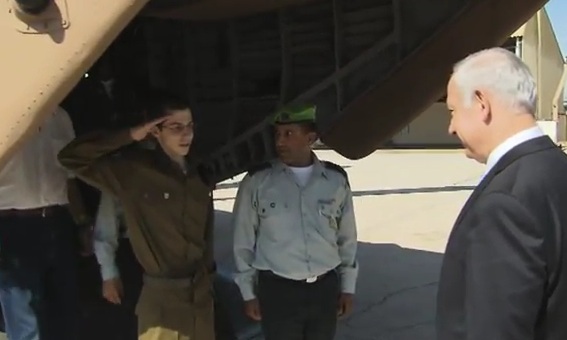 [AUDIO BELOW] [Submitted by Ron Benvenisti] The following song was written and composed in honor of the release of IDF Soldier Gilad Shalit, who was released Tuesday after 5 years of Hamas captivity in a historic prisoner swap deal.

The song, in Hebrew, was written and sung by Alon Rand, and the arrangement is produced, recorded and played with live samples on the keyboards by Ron Benvenisti.

The original engineering and flute was done by Avi Piamenta.

See video of Gilad arriving at the IAF Base in Tel Nof, Israel.