Agudath Israel: We Urge President Obama to Strengthen Even Further American Resolve in Dealing With Hamas 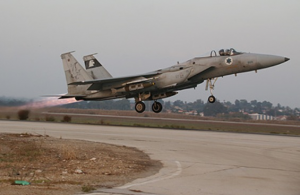 Agudah: Today’s news brought the report that Hamas has rejected an Egyptian-brokered cease fire, while Israel’s cabinet has expressed its willingness to abide by its terms. Once again, Hamas has shown what it truly is — a terrorist organization bent on wreaking death and destruction, not only upon Israel, but upon its very own people. Its aim is to reject peace and coexistence and its violence is intended to take Israelis and Palestinians further from the negotiating table.

We express our deep appreciation to President Obama for his strong support of Israel during this difficult and desperate time. The U.S.-funded Iron Dome defense system has proven to be invaluable asset and has saved countless lives. The close military cooperation between the U.S. and Israel that has taken place over these past years has clearly played a critical role in assisting Israel in responding to the terrorist threat it faces now and on an ongoing basis. As both Americans and Jews, we are proud that our country remains a stalwart friend of Israel.

Only through the strong and unequivocal support of the U.S. for Israel will Palestinians realize that peace, nonviolence and coexistence are their only options.