AG Grewal: If You Threaten a Cop with COVID-19, You Will Face the Maximum Criminal Charges 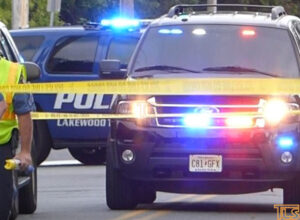 Attorney General Gurbir S. Grewal today announced that the Attorney General’s Office has taken over prosecution of six cases and is filing upgraded charges against defendants who allegedly threatened police officers by spitting or coughing at them and claiming to have COVID-19.

“Last week, I said the time for warnings is over and those violating the COVID-19 emergency orders will face strong law enforcement action,” said Attorney General Grewal. “Police all across New Jersey are making good on that vow by charging violators with crimes. Now, with the cases being announced today, we’re letting our dedicated officers know that we have their backs as they work tirelessly to maintain public safety and health at this difficult time.”

“We take all assaults on police officers seriously, but it is especially heinous for someone to spit or cough at an officer in an attempt to infect or threaten to infect them with COVID-19,” Attorney General Grewal added. “Hundreds of officers across New Jersey are already infected with the virus, which, in many cases, they likely contracted by protecting and serving the public while on the frontlines of the battle against COVID-19. We have zero tolerance for anyone who uses the coronavirus as a weapon or instrument of terror against officers bravely performing their duties during this health crisis.”

“Troopers and officers throughout the State do not have the ability to work from home or practice social distancing while protecting and serving the residents of New Jersey in the midst of this pandemic. Law enforcement comes with many risks, none of which do the men and women who wear a badge shy away from,” said Colonel Patrick Callahan of the New Jersey State Police. “For a defendant to intentionally expose an officer to COVID-19 is not just an assault on that officer, it’s an assault on their family members, fellow officers, and the general public. Anyone who uses the virus as a weapon against an officer will face a swift law enforcement response.”

“We have superseded these criminal cases to ensure that they are prioritized and consistently prosecuted to the full extent of the law,” said Director Veronica Allende of the Division of Criminal Justice. “We have upgraded the charges in four cases by adding a second-degree charge of making terroristic threats during a state of emergency, and in all cases we have charged fourth-degree aggravated assault on an officer. All six defendants now face both of those charges.”