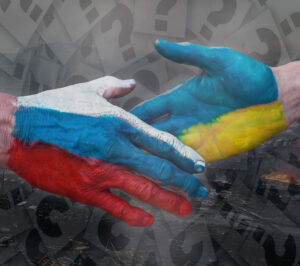 Vladimir Putin has ordered that Russia’s nuclear deterrence forces are put on high alert. The Russian president said aggressive statements by NATO leaders and economic sanctions against Moscow were behind the decision. Although that seems like an ominous statement, Russia maintains an arsenal of tactical nukes which are small devices and not meant for large destructions. These devices, while extremely lethal are meant to target small areas and locations and not meant for total nuclear war and Mutually Assured Destruction. Nevertheless, they pose a significant threat to Ukraine and elevation of the use of Russian weapons not seen before in the conflict… However,

Ukraine and Russia are also set to hold negotiations at the Belarusian-Ukrainian border, according to the office of President Zelensky.

Russia’s willingness to hold talks after encountering serious resistance to its invasion is a “victory for Ukraine,” Ukraine Foreign Minister Dmytro Kuleba said during a briefing Sunday.

“I think that the fact that Russia is ready to hold talks — without any preconditions, without any ultimatums, without any demands addressed to Ukraine — is already a victory for Ukraine,” Kuleba said.

“After they suffered losses and realize that their plan doesn’t go as it was actually planned and designed and the blitzkrieg failed, Russia started speaking with the language of ultimatums saying that they are ready to talk with Ukraine with preconditions that have to be met before talks begin,” he said

President Volodymyr Zelenskyy’s office confirmed this morning that a delegation has agreed to meet with Russian officials at the Ukrainian-Belarusian border, near the Pripyat River.

Zelensky said earlier this week said that his government would not attend negotiations in Belarus, because it is a close ally of Moscow’s where thousands of Russian troops massed in the lead-up to the invasion last week.

Ukrainian officials said Sunday that their forces had taken back control of Kharkiv, Ukraine’s second-largest city, after fighting heated street battles with the Russian troops.