Abandoned Cab Of Tractor Trailer With Arabic Literature Inside Sends LPD, Chaveirim & LCSW On Search And On High Alert 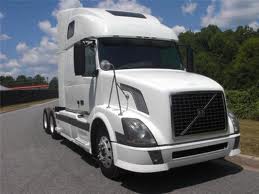 VIDEO: [UPDATED] A cab of a tractor trailer found abandoned with Arabic literature inside this morning, sent police, LCSW and Chaveirim on a search and put the department on high alert. At about 4:30 AM, a cab – without its load – was found with its engine on near a office building off New Hampshire Avenue early this morning, leading police to believe the load may have been dropped off at another location and posing a threat. 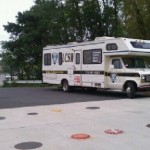 Not taking any chances, all available police units immediately began searching all possible targets including Shuls, schools and other large buildings around town. Sources say Police Chief Rob Lawson was out searching too.

Police also reached out to Chaveirim and LCSW to discuss the situation and all available members of the organizations were dispatced as well to try and locate the truck.

The cab was impounded by police.

(NOTE: Upon request from officials, the incident was not reported earlier so as not to cause any concern in the community).

The following is a statement submitted to TLS by Police Chief Rob Lawson:

“At about 4:30am this morning, a Lakewood Patrol Officer found a Kenworth Tractor parked on Health Care Way off New Hampshire Avenue. The vehicle which was idling, did not have a trailer attached to it and  was unoccupied. The officer noted that the  ignition of this vehicle had been punched out and that there were newspapers in the cab in Arabic”.

“The owner of the vehicle was notified and confirmed that it was indeed stolen. Ocean County and State Homeland Security officials were notified and all on duty Lakewood Police Officers were assigned to check the entire town, street by street, for anything of a suspicious nature. Chaveirim and LCSW were notified and they assisted by checking all of the housing developments in Lakewood as well as other areas”.

“The material written in Arabic that was in the vehicle was determined to be mundane and not extremist in nature. The investigation of the stolen vehicle is continuing but at this time I do not believe that there is any immediate threat to our community”. TLS.