A G’mar Chasima Tova From TLS 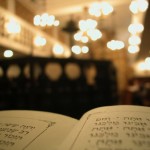 The day of Yom Kippur is a gift from Hashem. It is a day on which, assuming we have done Teshuva – repentance, Hashem forgives us for our spiritual misdeeds. We attain forgiveness for the violations we have committed in our relationship with Hashem. However, if one has wronged another, he must go to the wronged party and ask him for forgiveness. For, although Yom Kippur is a tremendous day of forgiveness, Hashem cannot forgive the sins against one’s fellow; rather, the offender must approach the offended party and ask him or her for forgiveness.

The whole of Yerushalayim was excited! A well-known and well-liked couple, members of a certain Chasidic sect, had just his first child – a boy – after being childless for twenty-eight years! The sholom zachor (party in honor of baby boy held the Friday night before the bris) that Friday night was the event of the year. Well over a thousand people came by to wish Mazel Tov to the proud and exhausted father. The food supply ran out in short order as did the drinks, but no one seemed to mind. At the height of the celebration, the crowd quieted down as the father indicated that he would like to say a few words.

He began in a loud voice, “Thank you all for coming and sharing in the simcha (joyous celebration). Although I have no more food to offer, let me at least tell over a story which I’m sure you’ll appreciate.” The ecstatic new father composed himself and continued. “When I was a bochur (unmarried student) learning at a large Chassidishe Yeshiva in Eretz Yisroel , there was a cleaning lady who would come by every day to tidy up and scrub the Beis Medrash and adjoining rooms. She was a fixture in the yeshiva and devoted her life to maintaining the yeshiva building. She was, however, not a wealthy person by any stretch and as her own family grew, she was at a loss of options as far as taking care of her children. She decided to bring her kids with her to work, and as she cleaned and mopped in one area of the building, the young children would run amuck, screaming, crying and generally causing quite a commotion, in the rest of the yeshiva.

At first, we put up with it; we even thought it was cute for a time. But after a while, the kids really began to ‘shter’ (disrupt) us in our learning and davening. Try as we might to control them, they wouldn’t listen and continued on in their childish games and noise. A number of younger bochurim (students) asked me, as one of the oldest in the chaburah (group), to ask her not to bring her children anymore to the yeshiva.        “I agreed to talk to her and I brazenly walked up to her and told her that her kids were disturbing everyone in yeshiva and she should find some sort of alternative method of child-care for them. I’ll never forget how she looked at me with tired eyes and said, ‘Bochur (young man), you should never have tzaar gidul bonim (the pain and anguish that one goes through when raising children, meaning that he would not be blessed with children). The crowd listening at the simcha gasped.

“As many of you know,” continued the father, “my wife and I have been to countless doctors who’ve recommended every sort of treatment. We moved abroad for awhile to be near an ‘expert’ which proved to be fruitless. One last, extreme treatment was offered and after trying that, it too, turned out to be just a fantasy; we felt doomed to a life without the pleasure of raising a yiddishe family.

“After that last attempt, as we walked back into the apartment that we lived in for the past twenty-eight years, our entire sad situation hit us full force, like a ton of bricks. Together, we broke down crying. I suddenly remembered the incident with the cleaning lady. I realized how insensitive I was to her plight and pain. I decided to ask for forgiveness. But how? I spent hours on the phone until I came up with an address, which I ran over to immediately. She did not recognize me obviously, but when I told her over the story, a spark flickered in her eyes. I tearfully apologized for my harsh words and she graciously forgave me with her whole heart.”

Yom Kippur is a time we reflect on all our tidings from the past year. It’s a time we change our flaws from a downfall into a lesson. A time to reflect on the past. A time when we reconnect our lost and broken ties and rekindle the unconditional love for one another and ultimately – the love for Hashem.

In the media industry, it’s unfortunately not uncommon to hurt the feelings of some individuals or groups along the way.

Hashem has given us the day of atonement for this purpose. Change.

We would like to take this special day and opportunity to ask for forgiveness from any individuals whom we may have wronged, falsely accused or caused any pain and anguish to-from any faith or religion.

It is our hope that you can truly and fully forgive us, just as we ask from Hashem in return.

We would like to wish our readers and supporters a G’mar Chasima Tova – a year full of happiness and blessings – and a year inscribed within the book of life.