65% There: Campaign for Williams Street Shul Ends at Midnight 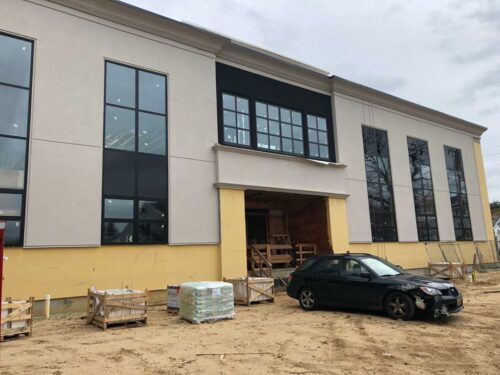 [COMMUNICATED] Anyone who drives down Williams street has seen the magificent new building which is the new Williams Street Shul. But Williams Street Shul is so much more than just a place for people to come and Daven. It is a true מקום תורה for entire families to base their growth in Ruchniyus around.

That begins with the Rav שליט “א. Wlliams Street is incredibly fortunate to be led by the Mara D’Asra, Harav Moshe Chaim Kahan Shlita. Who does not know about Rabbi Kahan? So many people benefit from him – whether as a Posek, from his Shiurim, or from his Hadracha. He is always ready to help anyone else in any way he can.

While many people know him primarily because of his incredible Gadlus in Torah and Horaah, his Kehilla has an added insight into – and benefit of – him as their leader. In the Kehilla, every single child knows that the Rav knows who they are, and every child can – and does – ask him שאלות – whether in Halacha or to discuss something they are learning with him – or anything at all!

These same children can – and do! – partake in many of the dedicated and learning programs and the like which the Shul hosts for them — and for others such as Bochurim and adults – throughout the entire year. There is no downtime. Whether it is on Friday nights, on Shabbos afternoons, during Bein Hazmanims, or summer evenings — all these are times where Williams Street Shul is bursting at the seams from the people who come and learn.

As the neighborhood grew, and the families got בלי עין הרע, bigger, he need for a bigger building to accommodate these, and other, growing needs became pressing. Spearheaded by Reb Yoel Blumenthal Z” l, they began the project for this much needed מקדש מעט. He was instrumental in raising the original money to get the project off the ground and led the meetings as we designed the layout.

His sudden Petirah stunned us all – but it also inspired the Kehilla to complete the project לעילוי נשמתו.

And we are almost there!

Over $1.3 million was raised, and the beautiful building stands ready for completion. But although they are getting ready to move in this Shabbos, they are still just short of the needed funds to move in on a truly Simchadig note.

With the help of matching donors, the Shul is having a campaign to raise these remaining funds. Every dollar contributed now will be doubled.

The campaign already brought in over $110,000, with friends, relatives, and associates of the Rav Shlita and the Shul pitching in to help finish the building.

Now, you can help as well. Show your Hakaras HaTov to Harav Moshe Chaim Kahan and to his Shul by participating in this campaign now!

Donate at his page now!