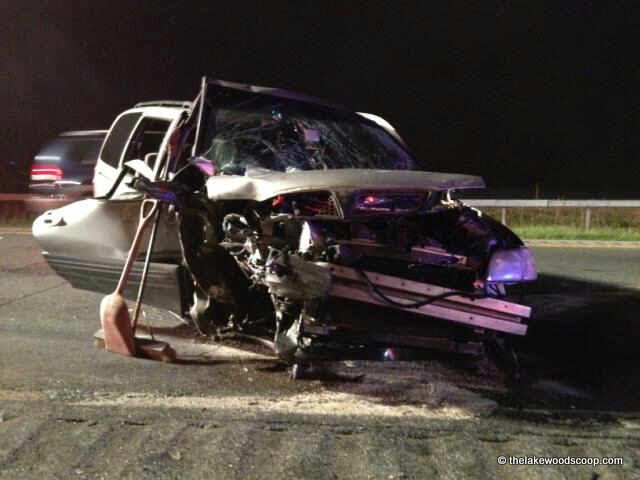 TEHILLIM: [PHOTOS] Two Bachurim – one of which Learns in Lakewood – are currently undergoing surgery after a serious collision with a tractor trailer early this morning following the Siyum Hashas, TLS has learned.

At approximately 3AM, a van headed back to the Camp Ruach Chayim in the Catskills and carrying eight passengers – including three Lakewood children, collided with a tractor trailer on Route 17. There was heavy fog in the area, according to a witness on scene.

Two of the passengers, approxiametly 18 years old, were severely injured in the accident, and a child – from Lakewood – suffered non life-threatening injuries.

But a passerby – a Frum lifeguard in a camp – who witnessed the accident, prevented one of the patients from becoming paralyzed a Doctor says, when he held the patients head up until emergency personnel arrived.

“It was nothing short of a Neis (miracle)”, a camp official tells TLS.