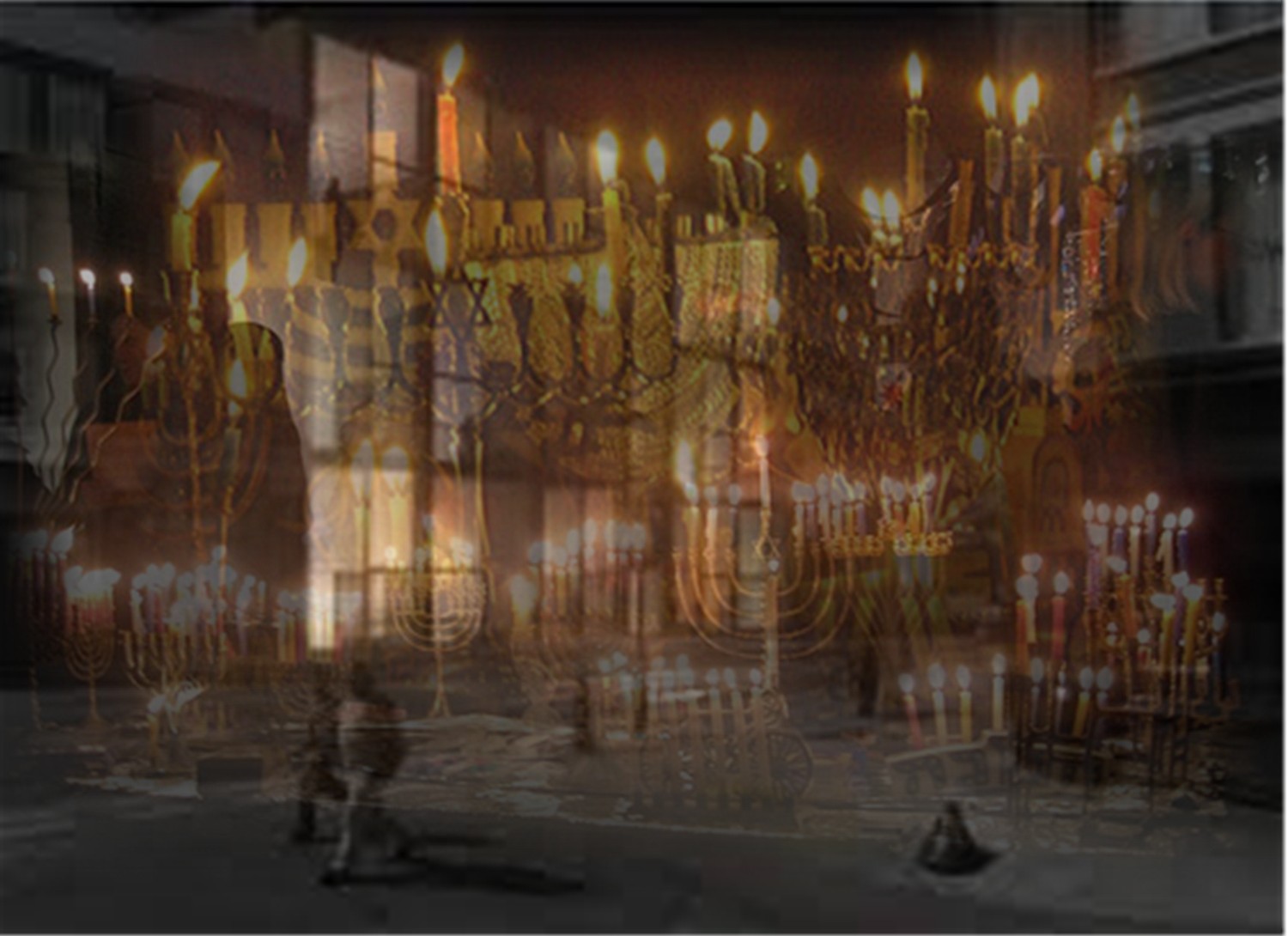 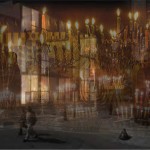 By Yosef Levi. Do you remember that first ‘Holiday Season’ you spent in Eretz Yisroel? That sensation of pride you felt as the awe-inspiring vistas appeared with sundown, of window upon window, building upon building shining brightly with a Menorah. How lucky I am to belong to this people, a nation that does His will and follows His word, together, as a family unit, day in, day out, not just during the obvious display of Holiday spirit, but in fact the entire year through. How fortunate indeed.

During my first Chanukah in Yerusholayim I had befriended a younger youth who came from a less religious background, and a less religious out of the way community. He confided in me as the weather turned cold, that he was a bit homesick. Not for the usual reasons one would attribute for such feelings. Rather, as a bit of a shocker to me- a nineteen year old Bocher- he expressed his deep sentiment that it did not feel like the Holiday season at all. As he expressed it to me, “there is absolutely no hint of the upcoming holidays or the season at all- not a single decoration or blinking light anywhere! Nothing that reminds me of home! (U.S.A.)”

Such an observation is an understatement for the Matasdorf neighborhood where we both studied at the time. Yet truthfully, and even if one were to ride the buses each evening in any direction, that commuter would be hard pressed to find any such visual expressions of any Holiday season at all. (Save for one building somewhere off King George Street that was all lit up and even had a blow up version of the fellow with the red and white sleeping cap on his head, I cannot recall seeing flashing lights or the like anywhere.) I had not been in Eretz Yisroel for a Chanukah, prior to hearing this fellow’s concern, and had not the foresight to predict just what the sights of Chanukah would readily radiate- in just a few weeks time.

Needles to say, with the passage of Chanuka, and all the inspiration Chanukah in a Mattasdorf perpetuates, (or Bais Yisroel, or Senhedria, or the literally hundreds of other places one may foray into during the beautiful Festivals of Lights only Eretz Yisroel can offer nonstop), the fellow’s concerns were allayed forever more. Yes there is nothing more then a calendar and the various displays going up in all markolets predicting and presenting the warmth of the upcoming Chanukah season, yet somehow that lends an aura of excitement far more extolled then anything flashing out in the street.

The following year I made a point of contacting the fellow on the eighth night Chanukah. Together we hired a taxi for an hour to simply slowly roll through the streets of Yerushalayim. We explained to the driver that we wanted to drink in the special, special sight of thousands upon thousands of itsy bitsy flickering lights that all together seemed to have the entire panorama engulfed in a spiritual flame. As we slowly drove along, we literally drank in the beauty this Mitzvah has to offer. It was a magnificent sight to behold, truly, Zos Chanukah, Klal Yisroel united in performing the highest standard of glorifying God’s name in a public fashion. How special it was, how fortunate we were indeed.

Naturally, as in every lengthy Israeli cab ride, the cabby himself became animated and highly enamored with our contagious enthusiasm. We discussed the obvious differences between the representations of lights, until he himself asked us to join together in lighting a Menorah- his Menorah- the first one he’d light as a married man. As Ovad the cabby so eloquently expressed what he beheld. “Zot Chanukah, V’ani Rotzeh L’Hishtataif G’am.” This induced a stop at a Markolet to purchase a Menorah and the supplies he required. Another Nes Chanukah? Perhaps! But only as an outcome of reflecting what what all of Klal Yisroel represents as a whole. Ashrecha.

As I drive around Lakewood this time of year it is obvious from various sights that yes, we are still very much in Golus, and the influence that surrounds us can leave some feeling homesick for a more wholesome time and place. Yet as I take some time to simply drive around town during these Chanuka nights of lights, I cannot help but feel so connected to our brethren around the world, wherever they may be. As I pass through some developments that offer continued rows of window upon window, house upon house, all engulfed in the aura of Kedusha, as each Menorah lights up the world with our commitment to HIS word, and displaying for one and all the essence of Amcha Yisreol, I cannot help but feel uplifted, filled with pride.

Indeed, Zos Chanukah, how fortunate we all are, to live in so wonderful a community, akin somewhat to our brethren in the Holy Land, which in its expressions can inspire and enlighten even one another here today. Thank You Hashem for such special fortune.

Perhaps pack your family in a car as well one of these special evenings, go out and see, behold, the public glorification of His name, and what Am Yisroel inspires as a whole. Count if you wish, or simply recognize in the here and now, Zos Chanukah. Be inspired.