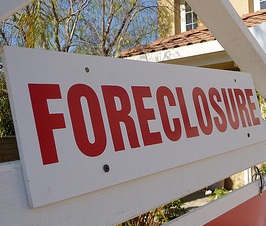 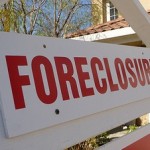 Legislation Assembly Democrats Gary S. Schaer, John J. Burzichelli, Bonnie Watson Coleman and Wayne P. DeAngelo sponsored to protect New Jersey homeowners from foreclosure rescue scams by unscrupulous lenders has been signed into law. “Faced with the prospect of becoming homeless, many New Jersey homeowners are turning to foreclosure consultants and foreclosure rescue firms in a last-ditch effort to stay in their homes,” said Schaer (D-Passaic/Bergen/Essex). “Unfortunately, some of the firms are nothing more than fronts for elaborate schemes to rob troubled homeowners of their hard-bought equity.”

An amended version of the measure (A-359) was recently approved by the legislature after initially being conditionally vetoed by Governor Christie. The new law will require foreclosure consultants and distressed property purchasers, who contract with owners of residential properties in financial distress, to adhere to certain practices in providing foreclosure prevention services to owners.

“These are desperate people looking for legitimate help to keep a roof over their heads,” said Burzichelli (D-Gloucester/Cumberland/Salem). “That we have to consider legislation to make sure they are not taken in by individuals looking to profit on the suffering of others is sickening.”

The sponsors said the measure stems from 2008 legal action initiated by the state Office of the Attorney General against numerous foreclosure rescue companies, mortgage loan providers, industry employees and lawyers for violating the state’s Consumer Fraud and RICO acts. The action led to a temporary moratorium on foreclosures by some of the state’s biggest lenders until an August Superior Court ruling allowed many of the state’s biggest mortgage lenders to continue with proceedings.

“A person’s home is the single biggest purchase they will make and the single biggest investment they have,” said Watson Coleman (D-Mercer). “These scam artists know that and are intent on dangling false hope to homeowners teetering on the brink of financial collapse while taking them for literally everything they’re worth.”

“We want to make it perfectly clear that we are as serious about punishing these scam artists as we are about keeping distressed homeowners in their homes,” said DeAngelo (D-Mercer/Middlesex). “The last thing we need are individuals working to turn the American dream of homeownership into a nightmare.”

The law requires a foreclosure consultant to post a bond with the Department of Banking and Insurance before conducting any business in the state. In addition, the law provides contract rights for owners of a financially distressed residential property who contract with foreclosure consultants, including requirements that:

· The contract for foreclosure consulting services must be in writing and must contain certain disclosures and notice requirements in 14-point boldface type; and

The law also prohibits foreclosure consultants from collecting any fee prior to the completion of all agreed upon services and until the distressed property relief is secured; and collecting fees in excess of certain limits as prescribed in the bill.

· The contract be in writing and include certain notices and disclosures in 14-point boldface type; and

· The owner has a right to cancel the contract during certain periods.

· Verify that the owner has a reasonable ability to pay for a subsequent conveyance of title back to the owner;

· Provide to the owner, prior to conveyance, a disclosure statement that includes all costs the owner will incur in connection with the conveyance and any option for the owner to purchase the property back from the purchaser.

The original bill passed by the legislature also required that in situations where a conditional conveyance of a distressed property takes place, the purchaser must pay the owner of the property at least 82 percent of fair market value (the generally accepted percentage banks try to recoup in a short-sale) for the owner’s conveyance of a title, or transfer of a beneficial interest through a trust.

“The scope of this amended legislation may not be as extensive as we had originally intended, but it’s a very good start to shining a light on people who may prey on homeowners at their most vulnerable time,” added Schaer. “I’d like to thank the Governor for his agreement on the need for this legislation.”

The re-crafted law is intended to curb foreclosure rescue scams without adversely impacting the residential real estate market by holding up the sale of many homes due to the 82 percent requirement.